The Power by Naomi Alderman
My rating: 3 of 5 stars 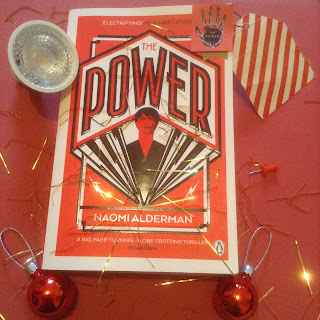 The Power. Winner of Bailey's Women's Prize for Fiction. 'Electrifying,' says Margaret Atwood. 'A stone-cold genius,' says Sarah Perry. '… it's as thought-provoking as that Atwood great, The Handmaid's Tale', says a reviewer from The Pool. This is one book that has a lot to live up to: to the reading world in general, and to me personally because I've been meaning to read it all year! I missed out on ARC copy a long while back, but finally had it gifted to me by my incredibly generous Secret Santa, Liz - go check out her blog - arranged through The Broke and The Bookish, that brings us wonderful Top Ten Tuesdays.

So. The big question. Does it live up to the hype?

I've got very mixed feelings about The Power and it bears looking at in more detail. The premise is, without a doubt, fascinating. Basically, it's speculative/dystopic fiction about a world where the physical power struggle between the sexes is reversed: women are more physically powerful than men. This 'power' comes as an electrical charge emitting from a woman's skein – an organ found on top of the collarbone. Now, Alderman has made some concerted effort to create a scientific basis for this, but falls rather short. In the acknowledgements, she thanks a scientist who helped her look at marine biology (electric eels) and the BBC science unit; yet even me, someone with just A levels in science, can see ways it could have been dealt with realistically. Realising this won't be a problem for a lot of readers – it's fiction, damnit! – I'll move on, and I did actually manage to put it behind me and get swept up by the story.

Alderman has a shifting focus between four central characters, all in third person; however, each voice is distinct. There's Roxy from England: possibly the most powerful woman in the world, from a shady and influential family. Then there's Allie, rechristened Eve, a mixed race girl from the US who's been pushed from one unsuccessful foster placement to another for all of her childhood. There's Tunde from Lagos, a young man with an entrepreneurial mind, climbing his way through life from lounging beside a pool to being one of the world's most famous photojournalists. And Margot: a US politician with grand aspirations and a disturbed teenage daughter. 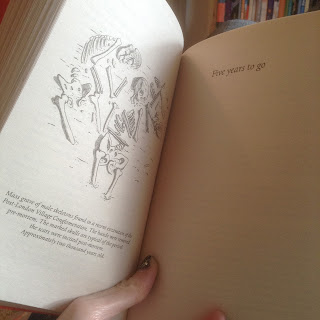 This electricity within them can hurt people, can torment people, torture, even kill. The world as we know it is turned on its head as women, as opposed to men, become the symbol – more than that: the actual embodiment – of strength. Patriarchy dissolves. Now men are afraid to walk alone, always feel safer in pairs and would rather stay inside during the hours of dark.

So, Alderman speculates what the world would be like if women, rather than men had to fear for their physical safety. As I said – a very exciting promise.

It just falls short of all the accolades it's been given. The four perspectives are uneven; this is something that many fiction writers struggle with, but it's particularly grating here. In, for example, Lord of the Rings, you're willing to invest in watching Frodo and Sam's painfully slow journey despite Isengard falling, or The Battle of Helm's Deep being much more pacy. Here, it feels irksome and almost lazy. All of the storylines should be as interesting as each other, but they aren't.

Another issue I had was the concept of a women ruled state, called Bessapara, in what is now mostly Saudi Arabia. I think this could have worked, but not in this kind of timescale. Alderman seems to be projecting a very Western viewpoint here; very quickly women who have been wearing the veil and answering to men for centuries quickly turn to violence against their former 'captors.' It just isn't plausible for me; some women may feel captive in such patriarchal societies, but not everyone. As a Westerner, it's easy to say: 'that's terrible', but for some it is a way of life. Physical strength may be what made the states as they are, but culture is deeply, deeply ingrained. There's a fine line between empowerment of women and simply disregarding others' cultures, and Alderman may be on the wrong side of the line here. Women having power means lots of casual sex, raping men and the creation of a matriarchal state that is, in fact, much more violent than we currently see. This seems a dangerous line of speculation.

Finally, the novel uses a book proposal as a framing device – a man called Neil is writing to Naomi Alderman with the first draft of his work attached (which is the novel itself). This is interesting, but I don't feel it added anything particularly.

Very mixed feelings. It had such a brilliant premise – but it just didn't go far enough. There were lots of other ideas and subplots thrown in – The Power is not a one trick pony – but when it boils down to it, there is a brilliant central arc that isn't done justice. More exploration of the main theme without oversimplifying the power dynamic of the sexes would have been better, as opposed to a slightly messy unfocused abundance of ideas.

I wanted to like this book more than I did. Full marks for the original idea – but the execution let it down; it's not a bad book, just overhyped.