A less busy day today, though it started with quite a big thing, going to Tai Long Wan (Big Wave Bay). This was my favourite beach as a child, and quite remote to get to by road, so we didn't go often. As the name implies, there were always big waves, so it was exciting. And I realised that as we're staying in Quarry Bay, at the eastern end of the HK-side of the harbour, we might be quite close going that way round the island. We are, as google maps reveal. There is still no road over the island at the eastern end, but there is a path straight over the ridge 1500 feet??, (seems unlikely but it was certainly a long way and very steep!).

Anyway, I took the MTR all the way to the end at Chai Wan, then found my way through the estates to the massive cemetery that takes up most of the steep hillside here, and sure enough, the path leads straight through  and up up into the forest, over the ridge, and down the other side. From the ridge I could (1) hear the surf, and (2) Big Wave Bay was signposted. Hooray!


The beach was the same, with big climbable rocks either side, and a good continuous roar of surf. Changed were the surfers! (none of them in the 70's) and that there is now a village with a few shops behind the beach. Only my phone to take photos, as I had gone wearing what I could swim in: 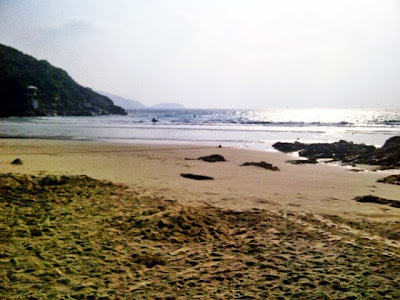 I left a bit of a damp patch on the seat in the MTR on the way back, but was out of sight before feeling any embarrassment: I doubt the idea of swimming would have occurred to my fellow passengers.

Then on to the main planned thing for the day, S's arranged visit back to the LRC (Ladies' Recreation Club), kindly facilitated by a young woman in the club management. It has many more facilities than it used to, but the main pool was exactly the same 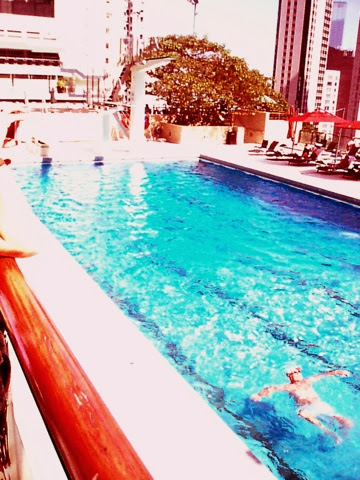 and the surroundings being jungly: 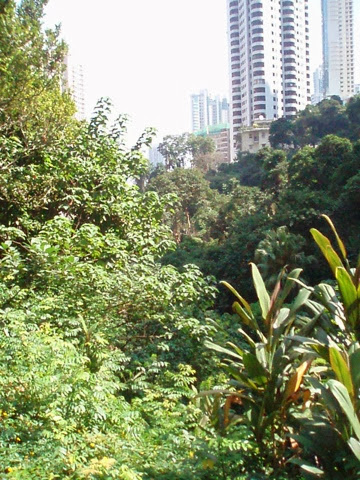 Then a visit to St John's cathedral, 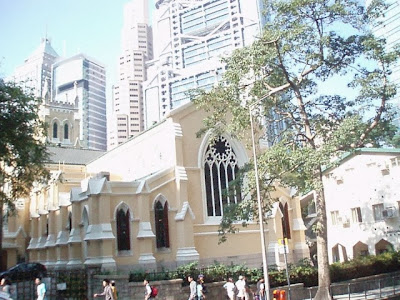 where Joyce and Michael were married, one of the wedding photos and also our christening photos taking place here: 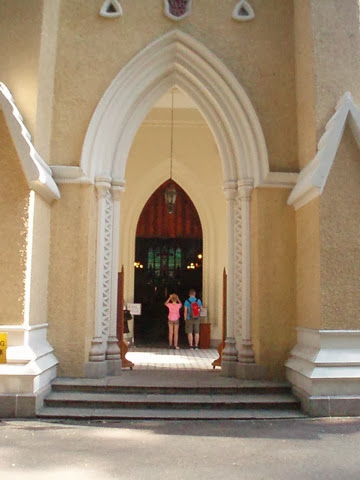 We then crossed Garden Road to the Peak Tram, and after a little debate decided to visit Peak
school again, as when we went on Saturday it was dark. What a good idea that was (and well done S for being persistent and bothering to ask)! She went in just as the children were coming out at the end of the day, and asked at the office if we could look round. The office manager was entirely welcoming showed us a series of old ledgers that we found our names in, and then allowed us free reign to explore!
The playground has a rain cover and a softer floor: 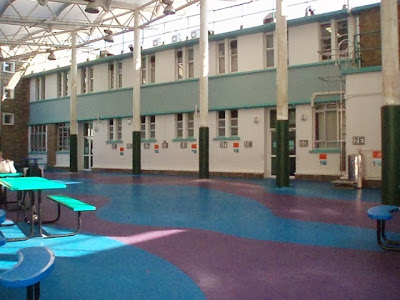 The classrooms are considerably modernised (interactive white boards, air con instead of fans) but entirely recognisable 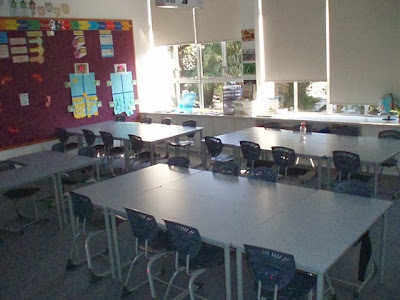 (they always were very bright)

The playing field is now all AstroTurf,but the stairs, hall, toilets etc etc seemed pretty much the same.

And finally S and J went for a walk round Harlech/Lugard Road, with its amazing views and jungle canopy effect 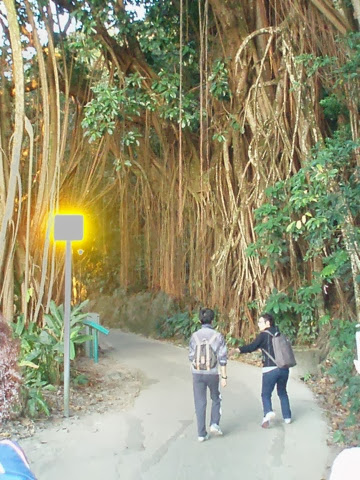 Though you can't tell from this picture, the same tree (a rubber tree) is all the roots/trunks on both sides of the road here.
Posted by Joe at 14:54