No run this morning, just a rather longer swim in the hotel pool. Once again I was the only one in it, and I find it a very good way to start the day.


Planning over breakfast (in Starbucks again, we tried Maxims next door, but no WiFi), lead to a decision for a day out on Lantau.

What a day! The rest can be told mainly in pictures.
We took the MTR to Dung Chung (30 mins, the city that used to be a tile roofed village of maybe 20 long houses) from where the cable car takes the easy way over the mighty slopes of west Lantau. 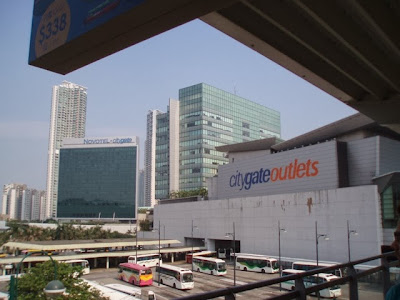 This is the view whilst queuing for the cable car. 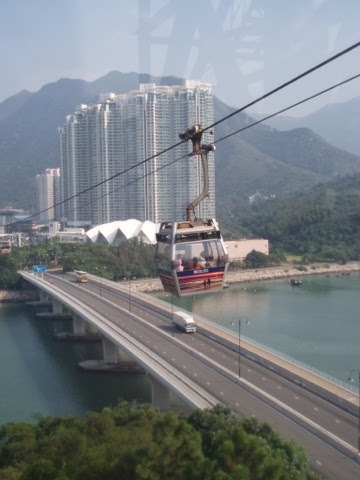 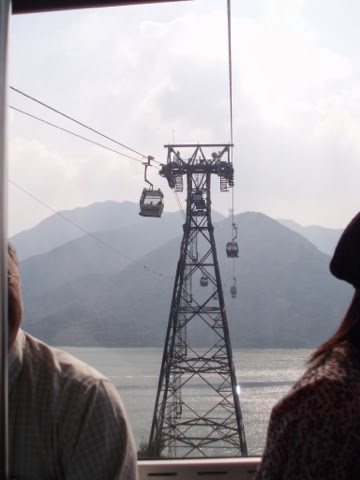 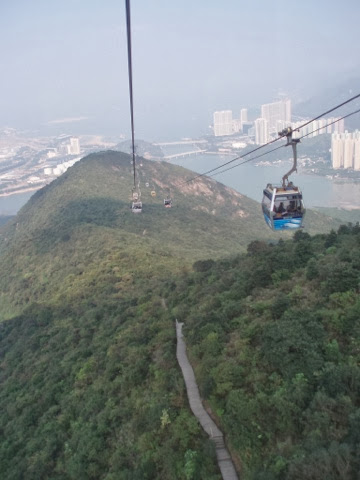 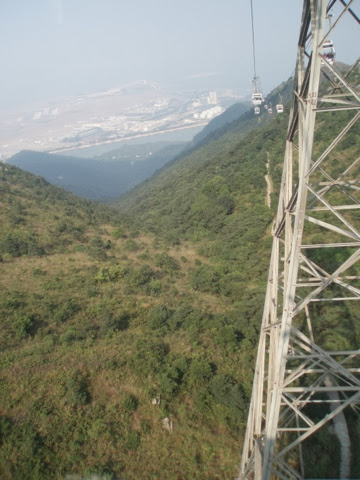 until eventually we start to see our destination: Bo Lin Buddhist monastery at Ngong Ping. 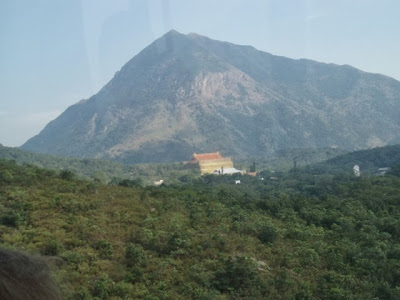 The peak behind it is Lantau (lan=broken, tau = head, but the rather nicer name is Fung Wong Shan, firebird mountain, with one of the twin peaks being the male firebird (fung) and the other being the female (wong)). It is just over 3,000 feet. I have tried to find out the elevation of the monastery and can't, I'm guessing 1,800.
The monastery expanded massively with the construction of the big bronze Buddha in the 1990s when it was the biggest in the world. 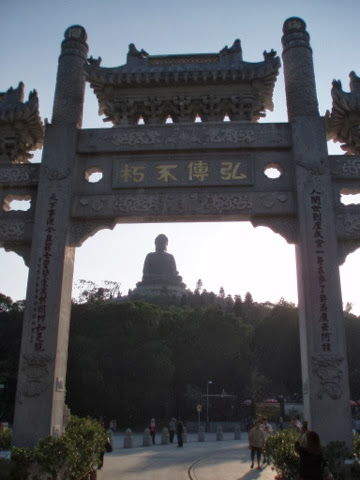 In the middle of all the tourist glitz and consumerism the temple seems pretty real. 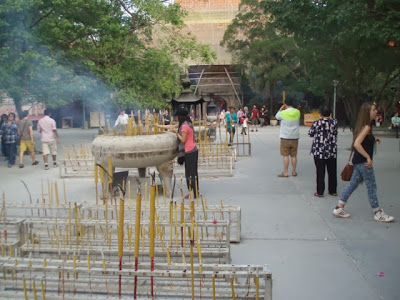 And then we caught the bus down to Tai O, the most western village on Lantau. It seems to be genuinely a fishing village still, 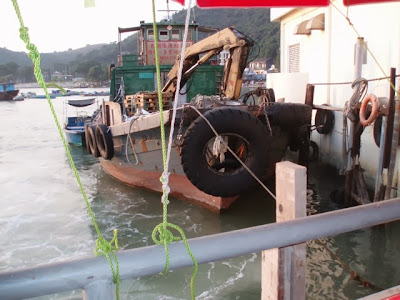 though catering for tourists too. As soon as we arrived we were invited on a boat ride to see the famous Pearl River pink dolphins, which was fun, though no dolphins, and they also took us up the "main street" of Tai O. 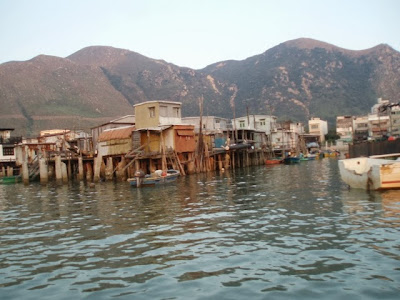 We wandered around the market (mainly dried fish) and took in the very beautiful evening. 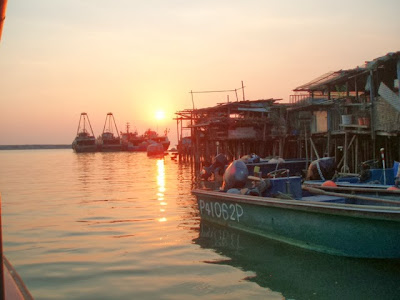 There is even a little bit of mangrove, that habitat beloved of geography lessons, which was so plentiful when we were children here, and now is apparently endangered. 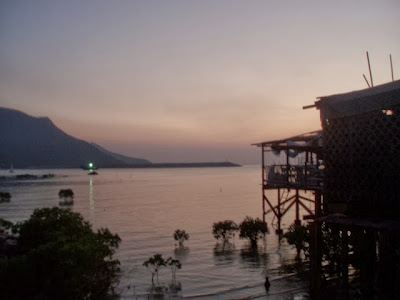 The mighty mountain looms over all, and explains why Tai O is still so isolated: it's quite difficult to get to! 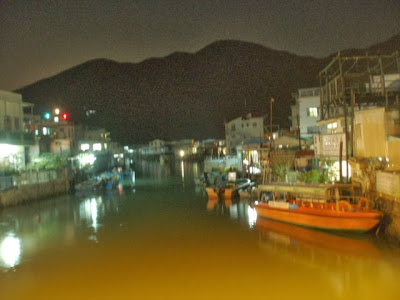