Today was the day for visiting the Housing Society, Mum's old employer, where she was a senior manager from 1957 to 1962 (when she had me, and as the habit was in those days, stopped work) and many of whose managers she then taught at the HKU extra-mural department from 1969-1974. S had got hold of Peter Kuk, the communications director, and Wong Lai Chung, a former chief executive who retired in 2008. Wong Lai Chung (she preferred to be called LC) had arranged our day, meeting us at the hotel at 1025am, with a very plush black minivan, driven by a young man with an amazing haircut. We were taken to the far western end of HK, to Kwai Lung Lau estate, which had been designed by our friend Michael Payne and built in 1967.


It was a 5 block estate housing 20,000 people in 5,000 units (approx), until 1998, when a landslide came though the middle of the estate and killed three people. The estate was then redesigned, taking out the middle block, and building two new 40 storey blocks out the front (the original ones are 20 storeys). 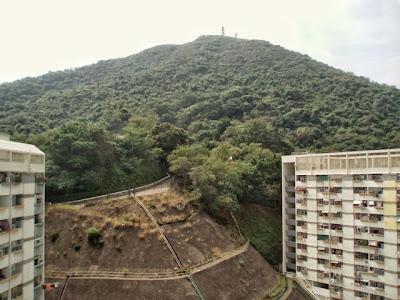 This is the old estate blocks, showing the hillside where the landslide came down, and the gap created when they tore down the block it had damaged. Note that the buildings are coloured. When built and in our youth they were all "fair faced concrete" which meant uncoloured and naked grey, supposed to be the perfect building material (and still defended as such by Michael Payne). 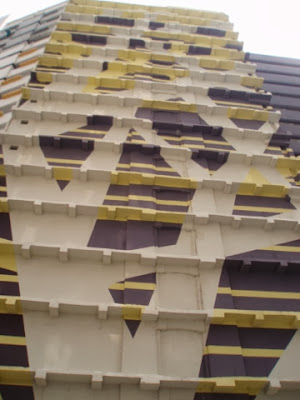 This shows where they cut the building in half, so you can still see the floors and where the corridors would have been. 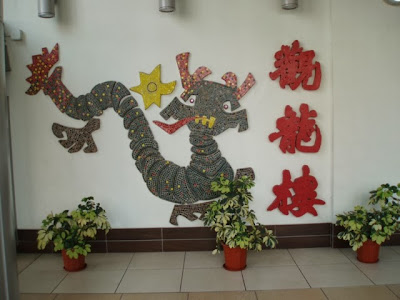 The dragon mural, created in 1967 by Merilyn Payne (Lung means dragon, so it's part of the name of the estate, I didn't understand the rest of the name, something to do with view of the sea). 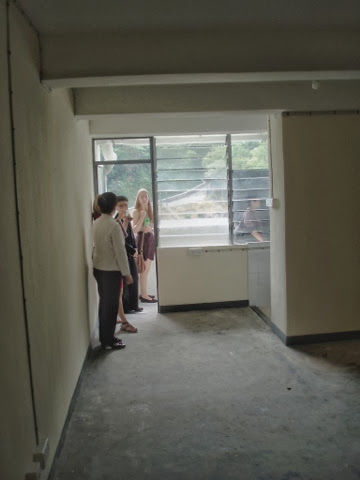 View inside one of the 'units' (=flat) in one of the new blocks, where the allowance is six square metres per person, meaning two people to this one room flat. The ones in the old building were a similar size, though with more facilities. When originally built they were for four adults, or two plus four children. 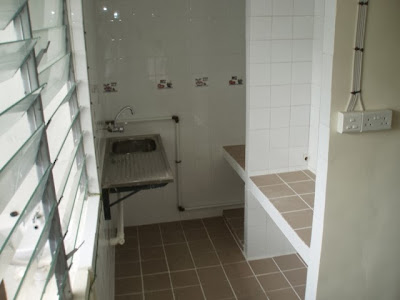 Kitchen area in the new block. 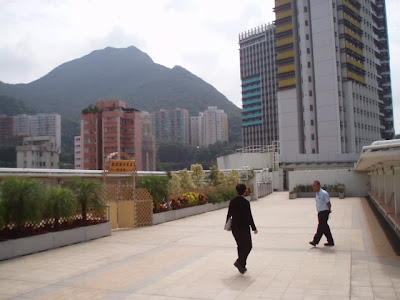 Roof garden in an old block. There was also a community hall on the roof, where Amy, (back to us in this picture) gave us a very informative PowerPoint presentation about the estate. The impression was of a very socially thoughtful and well managed place.

We were then taken to lunch at the Housing Society's offices in Causeway Bay, hosted by Peter Kuk, and where we were joined by four more people who had known Mum, either working with her in the late fifties/early sixties, or having been taught by her. The meal was excellent, and the conversation very interesting. We were impressed and touched by the effort they had put in, especially as tomorrow they are running or attending a seminar for the 65th anniversary of the Society.

After this lunch we were returned to the hotel, where we flaked out for the afternoon, before heading our for our final evening, aiming for the Temple Street market on Kowloon side. We got distracted on the way by eating at the YMCA, then by the famous Hong Kong Harbour sound and light show, which we viewed from the sea front in front of the HK Cultural centre. 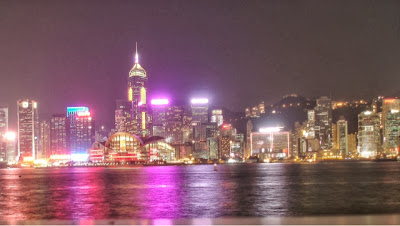 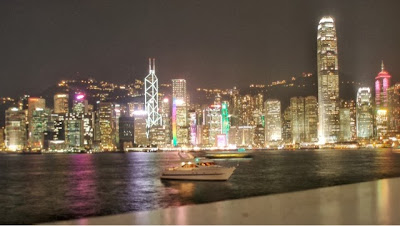 It was fun standing in the warm dark watching the boats and lights opposite, but the sound and light show itself (lasers from the tops of some of the buildings and some plinkety plunk music) was pretty medium.
Then Temple Street night market, and back to the hotel for the last time!