Hello readers, and Happy Valentine's Day! I have to admit that I'm not the biggest fan of Valentine's Day, but I saw this post and thought it was a great idea! I have been reading quite a lot of self-published books recently (for reviewing purposes) and what better place to publicise them all, and read about some more?
Head over to www.b00kr3vi3ws.in and look at some other people's posts - let's give self published authors a chance!

I've decided to review a few different 'indie' books that I've been reading recently; also go and check out my post on From Thine Own Well by Norm Hamilton, which is also self-published.

Let's start with a book of short stories: Questions and Answers by James R Holden.

It's kind of odd - short stories are my favourite medium to write. I love writing them, love the constraints of word limits and fitting so many subtleties into such a short space. I love breaking the normal rules of beginning-middle-end and the creation of back stories that only get hinted at. I love making twists that leave you gasping.


But, I'm not that keen on reading them. I've always thought that writing them is just more enjoyable than reading them. (Does that make me some kind of authorial hypocrite?)
This collection was an exception. As promised, they were "love stories but, unusually perhaps, most are written from a male perspective." And this was what made it exciting and different for me. I'm not much of a romantic, really (I might even call myself a sceptic at times), but these were real. Real, guttural emotion. Real characters. Real writing.
James Holden's collection is a real gem. I'm not sure what I expected from it - I won this book through a First Read giveaway, and wasn't sure what kind of quality the writing would be. I was, pleasantly, surprised by it. Unfortunately, there were a few typos and grammatical errors that left me screaming (I'm completely a grammar nazi), but I let them slide.
Of the thirteen stories, I think my favourites were the two that had very alien cultures in them: Highlands and Bleed. The countries of Ethiopia and Indonesia were brought into full technicolour - I could really see them. I also enjoyed The Dog Group and Cracks in the Wall a lot.
A really promising set of short stories from new author, James R Holden.
Note: I received a free copy of this book in a GoodReads giveaway. 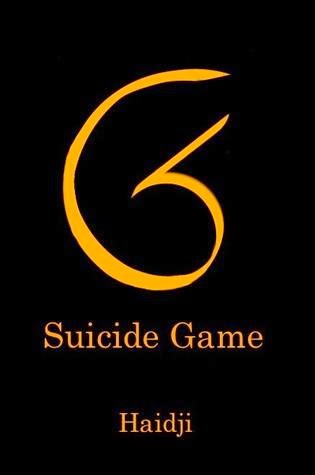 "Eight thousand candidates sign up for the Suicide Game. Only one can win. Their destination: the Night Stadium, a place of makeup and music, fear and adrenaline, blood and romance, celebration and death.
Each candidate has his or her own reason for entering the Game. The Council runs the Game. The outcome of the Game is left to fate...in the laps of the gods. The candidates will jump to their deaths in order to win everything, before capacity crowds in the Stadium. The public follows every jump, live on TV and on their mobile screens, choosing their favorite candidates and betting on their lives.
The Game’s community also includes geeks, mafia, makeup artists, master chefs, models, musicians, ordinary workers, spies, terrorists, and many others. SG - Suicide Game is the story of the candidates’ journey. It boldly imagines a place where death and denial are interwoven with hope, choices and the innate desire for happiness. Impressive in the totality of its vision, it is an exploration of the best and worst things in our lives, nightmares and especially, our dreams."

Note: this was another book that I received free in a GoodReads giveaway.
I was slightly worried that this would be just a rip-off of The Hunger Games (which I love), but it turned out to be totally different. The comparisons are natural because of the genre and nature of the book, but they're not really even similar! Really quite an unexpected read. I think that Haidji's first language may not be English, which did unfortunately show through the writing: at times it felt stilted and awkward.
The basic premise of the book was intriguing, and there were stories within stories, all layered upon each other. At the outset, we appeared to be seeing a little into the lives of some of the random contestants in separate chapters: their characters, their interests, family lives, and most of all what had motivated them to take part in the Suicide Game. However, it transpires that these are the last seven candidates alive, so it is much more relevant knowing their backgrounds. I think that these early chapters were my favourite ones actually: the insight was really interesting, and I loved all of their backstories. I would actually have liked to have known more, if I'm honest. I became particularly fond of a couple of characters, attached to their personality quirks, especially the bike-rider.
However, there were parts of this novel that left me disatisfied. The entire Suicide Game was rigged because they were choosing which lines to cut; I was never clear how much the public knew this. It seemed obvious and, in this case, why would they choose to invest large amounts of money in it? I have already mentioned the stilted writing style, but also some of the point of view shifts were confusing.
Overall, an interesting, but ultimately a little disapppointing read. 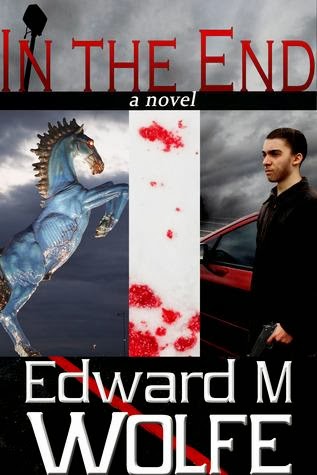 In The End is the story of a disparate group of individuals trying to survive in the immediate two week aftermath of a nuclear attack on nearby Denver. Allegiances and friendships are forged at the same time as violent conflict is unleashed between the group, as their true colours are shown.
Edward M Wolfe has written a pacy and compelling narrative; not a single chapter occurs without excitement and movement of the plot forwards. The characterisation of some protagonists, particularly Tori and Trey who are brother and sister, felt reasonably believable and their actions fitted their situations. However, I was uncertain about others' reactions, and I wonder how much experience Wolfe has with small children, as Elizabeth did not behave as a three year old would be expected to. Similarly, college students, Angela and Jim, were not as convincing to me.
Although the plot was fast-moving and action-packed, there were some continuity issues: for example, unexplained inconsistency as to whether to the power was off, and Monica's husband changing name at one point! Some of the writing needed more editing in my opinion, as the point of view shifts made some chapters very confusing. There was also a tendency to go into too much detail on technical issues, which most people (myself included) would find a little tedious.
Overall, it was a fun novel to read due to its subject matter, and plenty of people would enjoy it. Personally, it wasn't my cup of tea but I can see potential in Wolfe's writing.

Note: I received a copy of In The End as GoodReads giveaway. 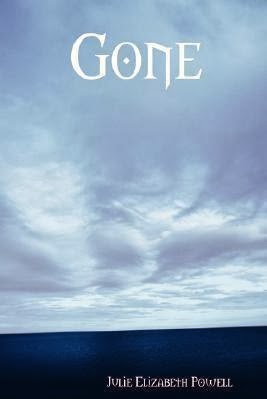 Gone by Julie Elizabeth Powell has a truly unique and interesting premise. It is inspired by her real life experience of a daughter being in a vegetative state for seventeen years of her life, after being resuscitated at age two, before dying a second time at nineteen. Her mother, Powell, questions: where was she gone in that time? This novel offers one explanation.
From this question comes a bizarre and adult Alice-in-Wonderland style world (complete with a pair called Fun and Games - any reminders of Tweedle Dum and Tweedle Dee?) in which a mother travels, meeting her daughter in Avalon, then moving to another facet of the same world, Caprice, where she rescues a bunch of strange creatures from an evil fate. It is a bizarre book - compelling in its way, but I couldn't quite get into it. I really wanted to enjoy this book a lot, and I'm not sure what got in the way for me. The bizarreness of the worlds started to grate on me, although I liked the various characters: I think I needed a little more grounding throughout to enjoy it fully. However, this is not to say that others will feel the same way, and I really commend Powell on such an innovative and different book. It is truly unique - I have never read anything like it - and I was moved by her story.
Note: I received a copy of Gone in exchange for an honest review.