Review: The Boy With One Name

Jones is the boy with one name, snatched as an infant from his loving parents by a Badlander called Maitland, he only longs to be a normal boy and have his family back. One night, he and Maitland are on patrol and come across an ogre 'moon-bathing.' Things don't go quite to plan; enter: Ruby, a foster child on the run, who is desperate to be part of the Badlander's world, despite its dangers and terrors. Along with a talking gun, a miniature fire breathing black dog, an old camper van, and a hefty sprinkling of magic - you're sure to be taken on one hell of a ride! 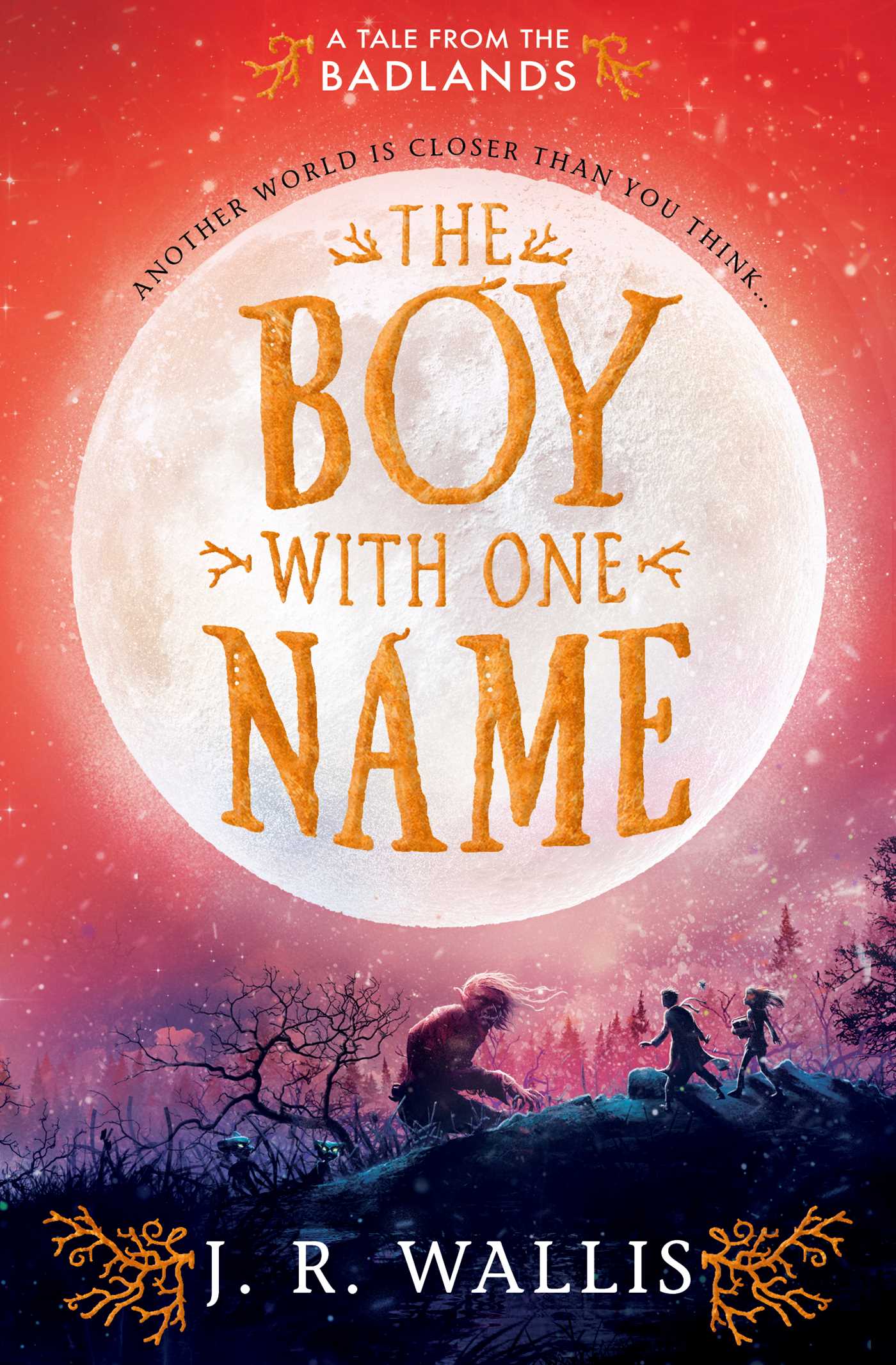 The Badlands are all around us. All the things that you've heard about in stories - witches, ghosts, ogres, giants, spells, curses - they're all real. It's just that most people don't see them. If you're a Badlander, however, it's all you see.

Jones is tired of the Badlands. He's tired of hunting down enemies for his master, constantly checking out every place he goes to in case of dangerous creatures, tired of living without a family. But he was rescued as a baby by his master, Maitland, who picked him up as a bundle left behind on some steps. He wasn't wanted. All Maitland wants him to do is to commence - the act that will make him a true Badlander, and be able to perform magic and spells that we can only dream of. But Jones? Jones wants to be normal. He's seen snippets of real life on the televisions of shop windows as they pass by; he's seen families strolling with their children; children going to school to learn maths and English, not about the Ordnung (the Badlander law) and what specific types of metal kill or repel different monsters.

Wallis starts with what should be the biggest night of an apprentice's life: the night where they commence, and can perform proper magic. Maitland thinks he's ready (although his talking gun isn't too sure...) And Jones just doesn't know what to do. They've discovered an ogre moon-bathing, and Jones must make his first kill. Only, Jones knows this person as a man during daylight hours: he runs the sweet shop, and is perfectly kind. And, besides, he doesn't want anything to do with all this. But with Maitland being all he has, what can he do?

Enter Ruby, with a loud scream as she crashes her bike. This evening is really not going to plan. On the run from her foster parents, she's remarkably accepting of the situation when she gets past the 'thatsabloomingtrollogremonsterthingy!' When Ruby gets the measure of what's going on, all she can see is excitement. Being a Badlander sounds like the most awesome thing in the world. So what if the stupid Ordnung says that only boys can do magic. Girls can do everything boys can do, even better than boys in fact. Her mind's made up: Ruby Jenkins is going to be a Badlander.

The Badlands is a fantastic world that Wallis has created, hidden within our every day world. One could accuse it of being akin to Harry Potter (a magical world coexisting with the normal; some of the magical items are very similar e.g. 'Slap Dust' which has similar effects to 'Floo Powder' in Harry Potter), but they are in fact very different. This is pitched at a younger age group to Harry Potter and, as such, is a bit less serious and a lot of fun. Both the central characters, Ruby and Jones, are thoroughly likeable, and the other characters, even ones who play a minimal role, are well-rounded and thought out. There are no 'Mary Sues' here! 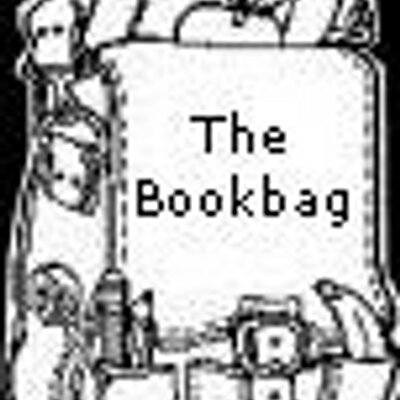 I enjoyed Wallis' 'The Boy with One Name.' I could see it becoming a series; there's definitely potential, although I'm not sure what the plans are. I certainly hope to read more about Jones and Ruby and their 'new circumstances!' (I won't give anything away - no spoilers!)

A really good and fun urban fantasy novel for middle grade readers; I would definitely recommend it.

I received this free copy from The Book Bag in return for an honest review. All thoughts and opinions are my own.
Posted by E at 12:31 No comments:

Review: Everything We Keep

Everything We Keep by Kerry Lonsdale
My rating: 3 of 5 stars

Aimee's life is falling apart at the seams. Her wedding day has turned into the day she buries her fiancee. Her parents are selling their pub that she has worked as a chef at for years, leaving without a job, money or a lover. And her friends think she should move on? What do they know? On top of everything, a man called Ian is desperately trying to make a move on her, and her brother in law is acting suspiciously.

And then there's the note. A note from a psychic. That James - her fiancee - is still alive. Is Aimee clutching at straws, or is there some truth behind all this? As she gradually moves on with her life, can she really let this mystery remain unsolved?

Although I didn't think this was a brilliant novel, as a debut this has a surprisingly compelling storyline. Without giving anything away, something occurs that seemed too far-fetched to be even used as poetic license, but I looked it up and found that Lonsdale had indeed kept within the realms of things that we recognise. (Hard to say much without using spoilers!) Despite this, I did find the plot frustrating in a number of ways. Grief affects everyone in different ways, but Aimee's depression following the death of her fiancee did not feel real. It's hard to pinpoint exactly why, but I was left with a clinical list of grieving behaviours as opposed to a character actually grieving. Furthermore, although the one thing I thought was impossible turned out to occur, the plot was still very far-fetched. Various characters didn't act in keeping with their personalities; others' personalities weren't solid enough to really know - they would do something, and I was left wondering if this was 'in' or 'out' of character, before realising that I didn't actually know the character.

The writing style is fairly proficient, but can become a little confusing during scenes with much action in them; it's easy to lose track of what's happening. This doesn't happen very much though; to be fair, the majority of the book was very easy to read. Overall, the writing style isn't remarkable because this is a book based more on plot.

Finally, the very last two chapters felt clumsy to me, particularly the last chapter. I realise now that is there to leave room for a sequel, but this works fine as a stand-alone novel. It wasn't needed, and detracted from the previous writing.

It may seem that I hated this book; I didn't. It was fine, it just didn't thrill me, and had some key things that could be improved upon. It's billed as mystery and romance; the mystery was frustrating, but the romance was fine, if that is your kind of book. I'm not a great lover of romance (I often find myself internally rolling my eyes), but it was fairly typical of the genre.

A fairly well executed debut novel. I would read more by Kerry Lonsdale, but I wouldn't read a sequel to this.

Two and a half stars.

Thank you to NetGalley for the chance to read and review this book. All thoughts and opinions are my own.

Review: Neanderthal Opens The Door To The Universe

Neanderthal Opens The Door To The Universe by Preston Norton
My rating: 2 of 5 stars

Here's the premise: Cliff Hubbard is a bit of a social retard. (Okay, that's probably not PC, but it's what kids would say). He's over six foot and, at 250 pounds is, hugely obese. His brother, also his best friend, has recently committed suicide; he lives in a trailer park; his father is an alcoholic; and he is teased constantly.

Then, something strange happens. Aaron Zimmerman, massively cool jock who is one of Cliff's key tormentors - perhaps even the originator of his nickname 'Neanderthal' - has a boating accident. Everyone assumes he's going to die. Cliff has sort of mixed feelings about this: it's great he's no longer around, but he had been really determined to kick his butt, and if Aaron dies this sort of mucks up that plan.

But Aaron mucks up Cliff's plan further: he comes out of his coma, and talks to Cliff. An actual conversation, using his name, and being polite and everything. What is going on with the universe? Aaron claims he saw God and God gave him a list of things to do make Happy Valley High School suck less. Where does Cliff come in? God said that Aaron had to have Cliff as his side-kick. Cliff does get on board, suspiciously, but it seems like this magic list is doing more damage than good. Is Aaron just suffering from concussion? A logical conclusion, but, as the pair spend more time together, it's not something Cliff wants to believe. Surely, one person, just one, could like him for who he is without having sustained a massive brain injury.

Things sure get complicated...

I wanted to like this book; I really did. It sounded like fun - a quick read, a quick laugh, with the
obligatory message that all YA books have these days. But... I just... didn't.

It's sort of hard to pinpoint why. One problem is it has a very slow start and I was getting pretty bored. But that wasn't all of it, obviously. The plot just didn't work. And I think the main problem was the characterisation, specifically, of Cliff. He's six foot and weighs 250 pounds. That's kind of the limit to his character. Okay, so there was a bit more character development than that, but really - for being such a ginormous size - he was a pretty flat character. And there's a relationship with a girl that really really doesn't work. It's unbelievable, out of character, unlikely, cringeworthy... just wrong.

I liked the references to '2001: A Space Odyssey.' That gets some points from me. But when the book tries to be all philosophical, I just got that squirmy feeling when someone's misjudged a situation and everyone feels all awkward. For example, Cliff's older brother said: "Life isn't just existing... It's a door. Don't you want to know what's on the other side? It just... well, it doesn't work. Not in this book.

I suppose I should give Norton some credit for the 'nod' to the LGBTQ community, but that's all it was: a nod. It didn't feel real. It felt like it was inserted into the book because that's what's 'in' in modern YA fiction at the moment, not because it meant anything to the author.

Like I said, I wanted to like it, and I persevered, but it was really disatisfying. By all means, go ahead and read it - I'd love to hear some positive reviews and maybe find out what I've missed, but - for me - this is a no.

Thank you to NetGalley and Disney/Hyperion for the ARC copy to read. All thoughts and opinions are mine. This book will be released on May 22nd 2018.