We had to say goodbye to Bethlem royal hospital after a long association of three and a half years. It's been very sad but we've also done some lovely things along this  journey of bidding farewell to both the place and the people.

How do you capture all that it has meant to us? 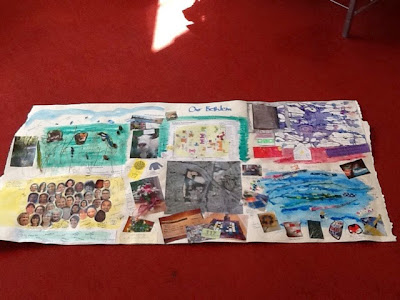 Together we made a collage with golden grasses from the meadows, bright parakeet found feathers, acorns to remind us of that amazing collective thud they made last year in the woods which we named the 'acorn drop', pictures of the woods bluebells, momentos of all the crafty things we'd made and places we'd been. J and W helped us as part of a final session with them and we circulated it around all the staff to sign next to their pictures. It's a very meaningful picture to take away as we all move on. 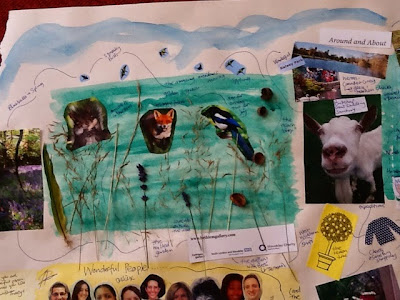 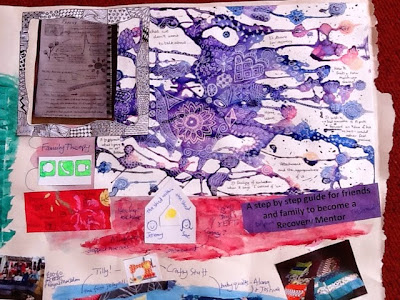 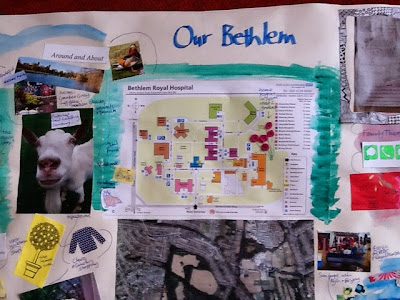 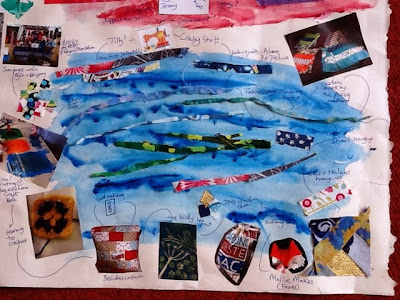 To say thank you and goodbye we also brought flowers from home. They have come every week for E but this time they came in bucket loads from our garden and our neighbour s's garden and allotment, and were even picked amongst the hedgerows around Coombe cottages. We made 18 wonderful bunches, set them up in a magnificent display in the conference room,  with not too much water on the carpet, and left them for everyone to find and take a tiny but of Coombe cottages home with them... 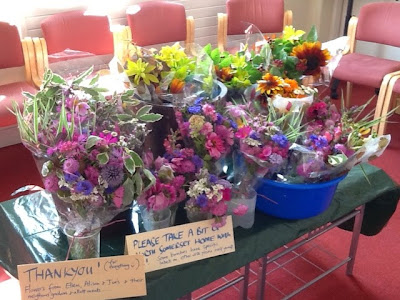 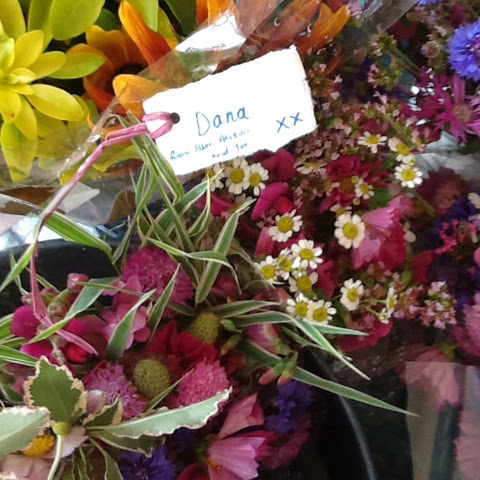 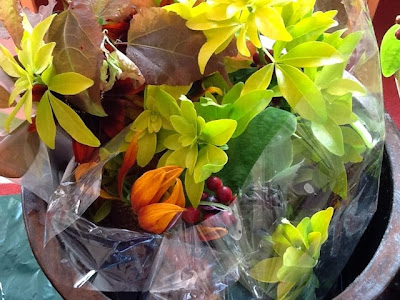 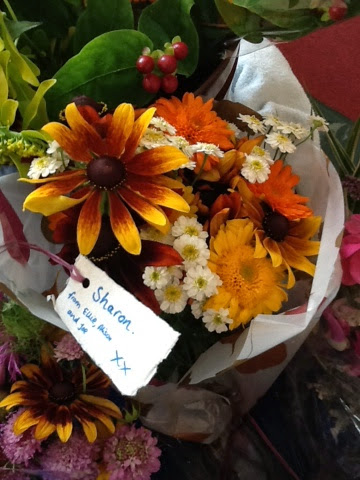 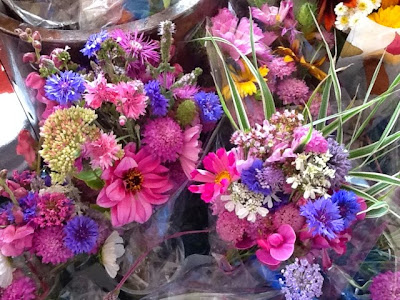 In Hideous Creatures, Lister tells the story of Arthur Hallingham who is on the run from his aristocratic family in England, where he had to leave because of some dark occurence – we don't find out the truth until near the end of the novel. He starts out for Africa, before travelling on a slave ship to America, hoping to lose himself in the New World. What transpires goes entirely beyond his worst nightmares, lost in the destructiveness of a native medicine man, Shelo, and another companion, Flora, daughter of an outlaw. The trio journey through the wilderness, as Shelo's true intentions come to the fore...

There are two interlinking stories: one starting from Arthur's passage on the ship, moving to the present, and the other starting in the present and moving forward. This could have been confusing, but Lister handled the change of time effectively without having to resort to dates etc, which is quite refreshing. Despite this, I did find the plot a little hard to follow at times, but I believe this was intentional: Lister wants the reader to be as in the dark as Arthur is.

The prose is beautiful and well constructed, but my main problem was that I just didn't really like Arthur very much! I'm not sure that we are meant to like him exactly, but his cowardice and general uselessness really grated on me! Flora, I liked, and Shelo was scary, as I'm sure was intended.

Overall, a promising début from Lister, and nice to read something a bit different from a young author – not just another apocalyptic teen novel! Thank you Mr B's and Emma!