I haven't contributed for quite a while, though I have been collecting some pictures of the field in anticipation of writing this.
To back-track: we acquired the field in the legal sense on the 15th February, having spent some time arranging with two of our neighbours the proportions and shapes of the pieces we would have. 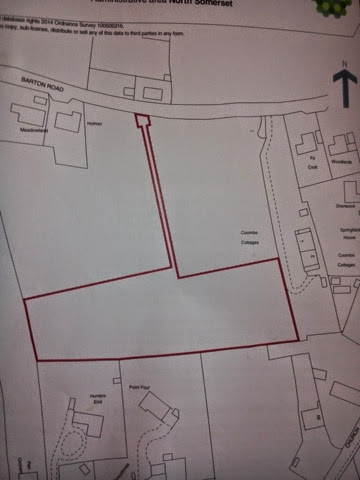 Our section is shown here outlined in red  on the plan prepared for us by our friend David the architect.
For the previous many years (19 that we know about) the field has housed our loca dairy farmer's dry cows and baby calves from about March to October. So the edges and fencing have not needed to be kept in a secure or tidy state. 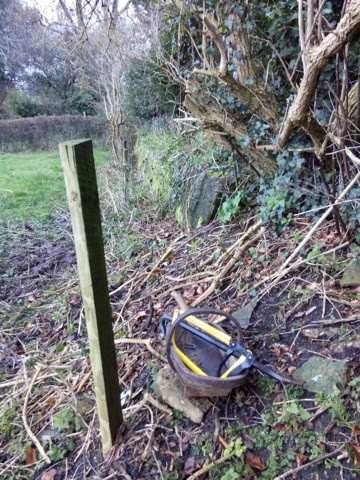 Here is some of the debris we collected: 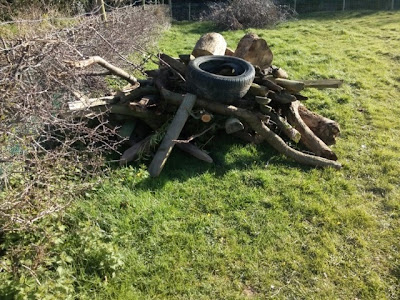 We burnt a lot of old brambles and rubbish: 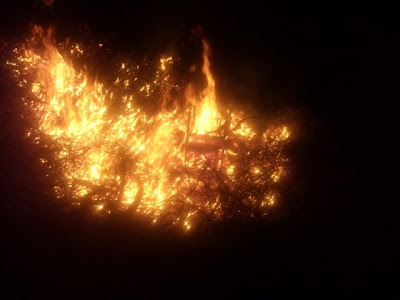 Here is a shot that gives a perspective on the size of the blaze! 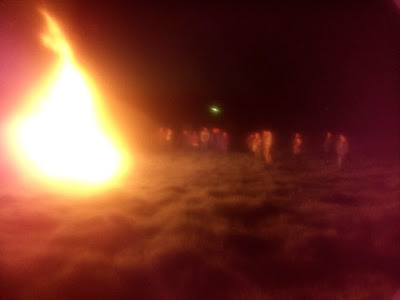 Then neat and tidy new fence: 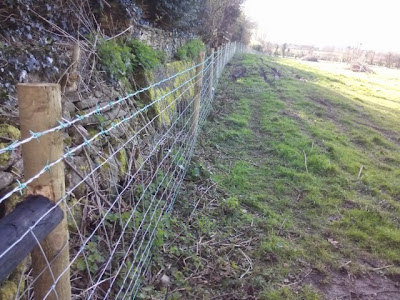 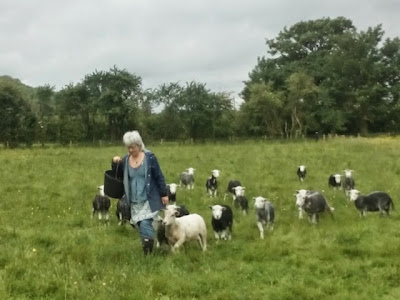 We like the sheep. The white one butting A is Wendy, a last-year's bottle lamb, who is a Texel. The rest in this picture are Herdwicks, and there are also Blackface and six of this year's lambs. They all belong to someone else, and are temporary grass eaters, pending us organising some of our own. A is going to the Bath and West show tomorrow to choose some! And goats? 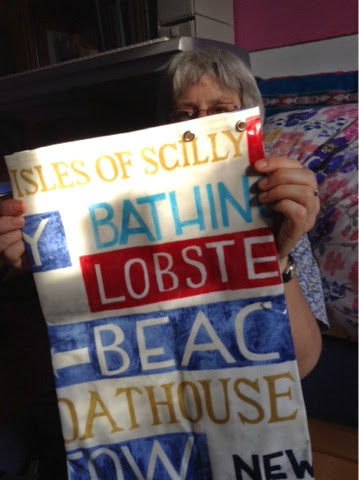 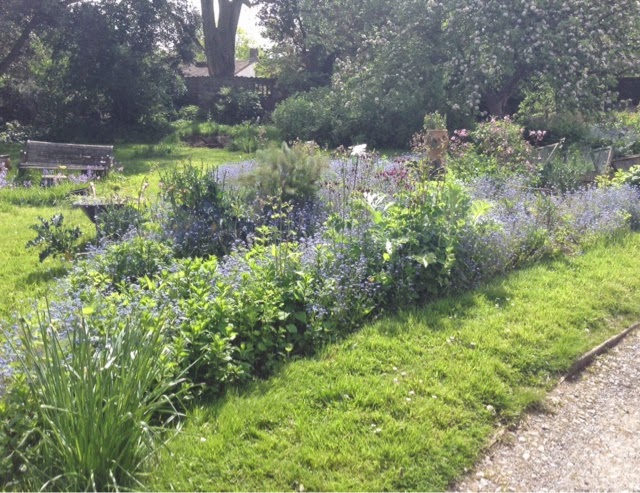 Admiring the blue sea of forget-me-nots. 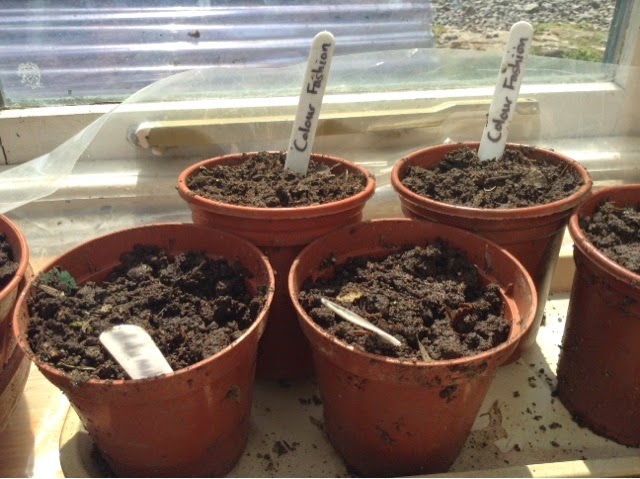 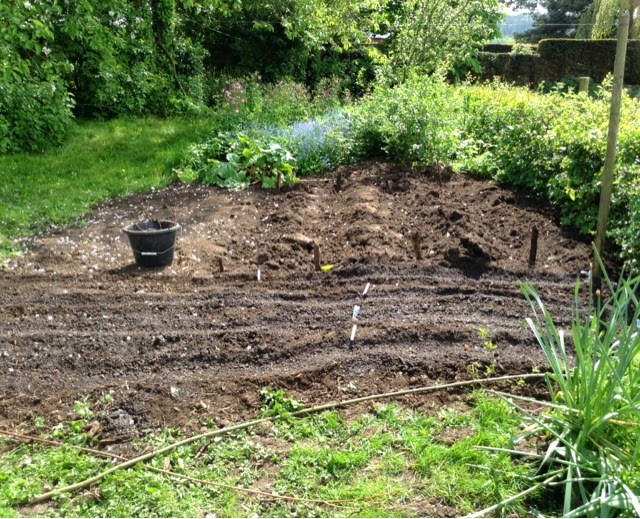 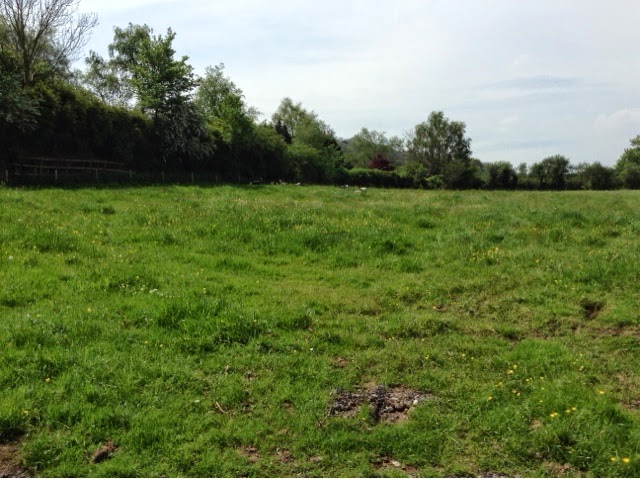 And SHEEP in the field - if you look really closely you can see them! Not very tame yet, but A will soon have them eating out if her hand.
Despite showers, it really feels like summer might be coming.
Posted by E at 15:12 No comments: 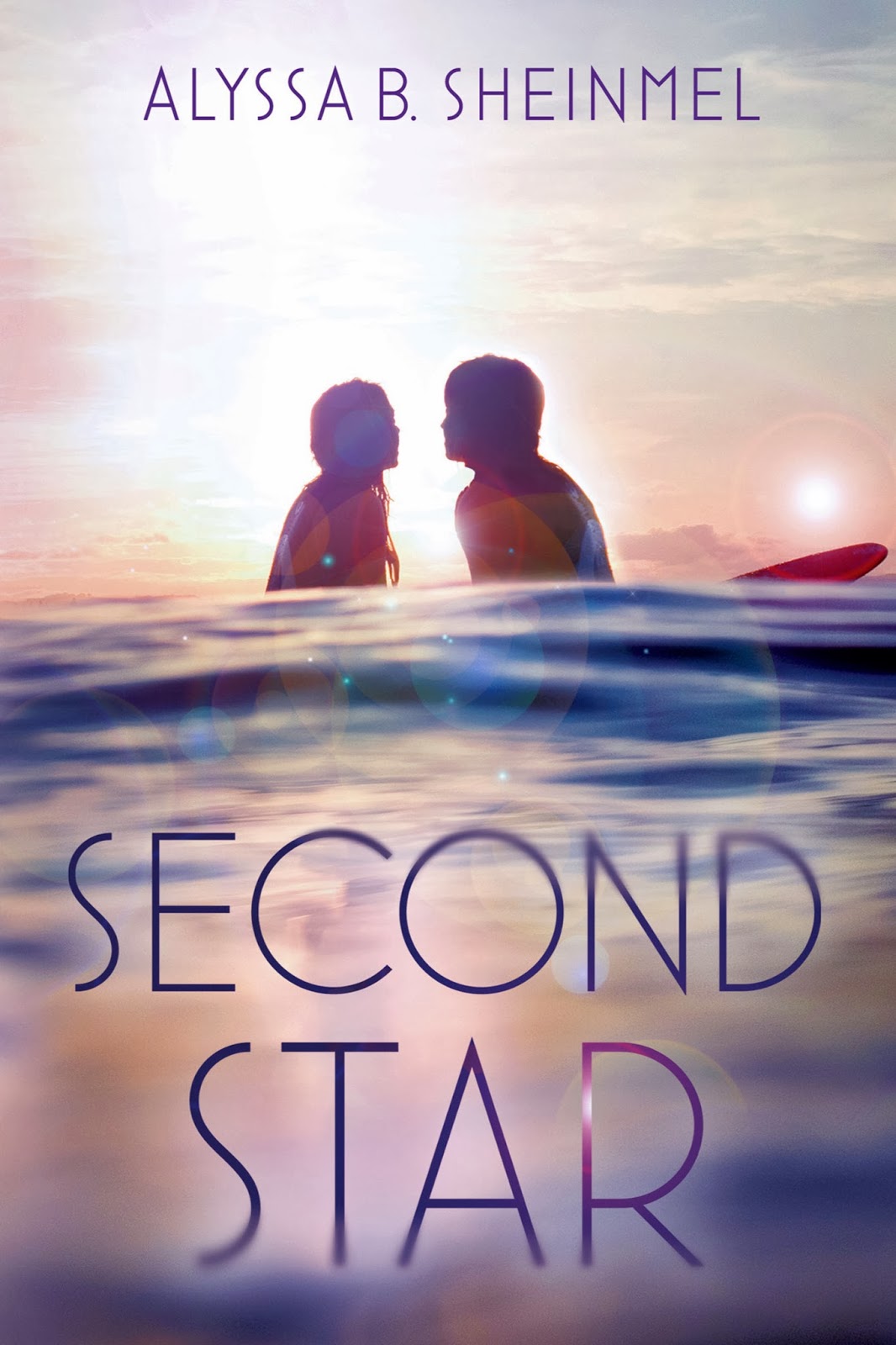 I'd been so looking forward to reading Second Star: a retelling of Peter Pan with a love triangle between Hook, Peter and Wendy? Count me in! Luckily, I wasn't disappointed.

It started off positively, setting the scene and introducing characters: Wendy as our central protagonist, and her two younger brothers as the lost boys, missing presumed dead. The big thing for all the characters was surfing, not magic - the beautiful comparison between surfing on the waves and soaring through the skies, the vastness of the heavens and the depths of the ocean. I may not be a surfer but I love the sea, so this was intrinsically attractive to me.

Wendy sets out looking for her lost brothers, but finds a lot more: Peter and his lost boys, are squatting in an old millionaire's mansion, with Jas (Hook) at the other side of the beach. The "evil" part of Hook? Jas is a drug dealer, selling "dust" to runaway teens and party animals. Jas and Peter used to be friends, surfing companions, before Jas turned and they swore to stay within their boundaries of the beach. Wendy's search starts with them, but who can she trust? Can she even trust her own experiences, or is the magical world of Kensington a figment of a drug-induced hallucination?

The parallels between Second Star and Peter Pan are not, of course, perfect. Hook as a drug dealer and Peter as a surfer worked very well, but I felt uncomfortable with Belle, the character of Tinkerbell. I know that her jealousy features quite largely in Barrie's original, but it felt a little false here. Belle was the character I was most dubious about, although, oddly, I quite liked her.

So, if you are looking for a very close re-envisioning of Peter Pan, you may be a little disappointed. If you're looking for a well written, very engaging book, then you'll be pleased. Personally, I love it - and would like to read more of Alyssa Sheinmel's books; her style is very soothing and lyrical to read.

But first, I went off to read the original Peter Pan! It's reminded me how much I loved it as a child, and I'm also keen to find some other modern day retellings of this much loved story. Anyone got any ideas?

Second Star will be released on May 13th 2014. I received a free copy of this ebook, but all thoughts and opinions are mine.

Cousin B had her birthday during our Field Festival. She's been wanting a camper can for a looong time, and her dream is finally coming true. I whipped up something to go in her new home on wheels. 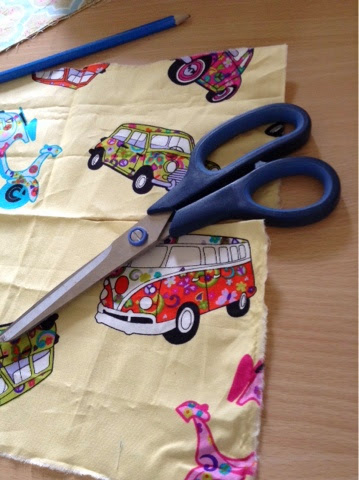 Perfect material, right? Although her's isn't a VW, it's still pretty cool. I went for a simple brick pattern (like my first baby quilt) to make a patchwork cushion. 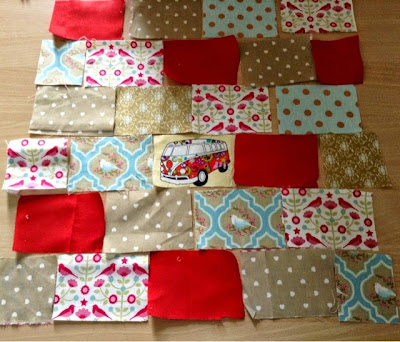 Here is it planned out... And finished! A very fun and easy make, just hope it goes with B's colourscheme for her camper!

Stay tuned for more posts - a few book reviews to come, and a lovely 2CC weekend!