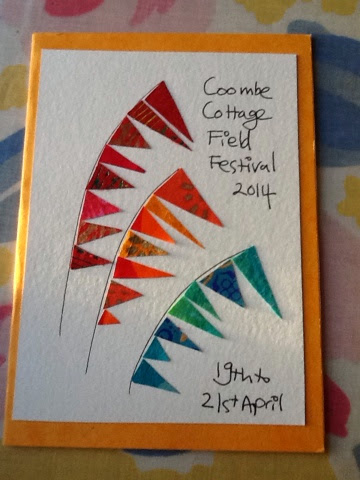 The 14th February 2014 was a amazing date for Coombe Cottages, as after16 years of us romanticising, and an out-of -the-blue opportunity, with the cooperation of neighbours the cottages bought the piece of land that nestles in front of them. J posted some time ago on the plans and they did finally happen for Number 2 on the 14-02-2014 an auspicious numerate almost  palindrome!

Gradually before this time, and now very rapidly, the field has been transformed into a a very smart agricultural looking space with straight sheep proof fences, trimmed hedges and edges devoid of blackberry thickets and fallen trees. J at 52 has been the 'lad' to Bob our wonderful 76 year old tractor driving champion neighbour. We had all worried that the space we wanted to preserve would be destroyed by being so divided and tidied but it looks good.

J and Bob and Richard, the other owners of the neighbouring plots, have worked so very hard - cutting back, felling and dragging dead wood, flattening dips and creating straight lines at the fields  boundaries. This has been followed by post driving, gate hanging and putting in our new entrance onto Barton road which then divides immediately into our 3 areas. Most of the field now has wire and most has been strained and tensioned and fixed in place. We are a little behind everyone else with our gateway and water pipe trench ( we need a trough for those sheep!) to put in. 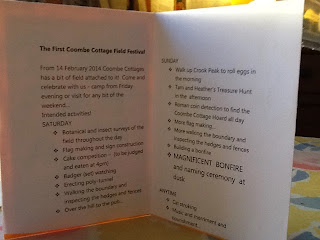 And we aim to celebrate and name the piece we own on Easter Sunday with the first Coombe Cottage Field Festival. The invitations are out and we are hoping to have deputations from the North ( Mark Lins and super Sam) the East ( Tam and Heva) , the South ( all the Somerest crew)  and the middle ( Hopkinshaws..) as well as lots of lovely locals! The centrepiece of the whole weekend will be the biggest ever bonfire on Sunday evening as all the hedge clippings, dead bramble and rubbish are now towering high in the middle of the field! 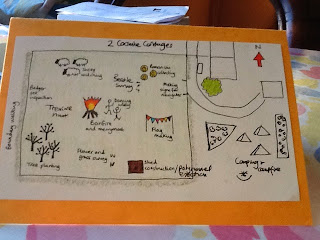