‘Behind the scenes at an Indian Wedding’
Indians in general are deeply rooted in tradition. Our culture gives us our identity. Most of us (especially those living away from the homeland) cling to it, even though several aspects in these particularly modern times, make no sense at all. Why do we do so? Perhaps because it brings us together as a community and provides us comfort in a foreign environment. The same I think applies to immigrants from all over the globe.
Marriages in India, in particular Hindu marriages are long drawn intricate affairs fraught with age old tradition. Little has changed over the centuries except for certain embellishments due to modernization. To non-Indians these ceremonies appear just that—elaborate colorful rituals flavored with plenty of pomp and show.
In the following story I take my readers on a ‘behind the scenes' tour at a traditional Indian wedding. I’ve tried to illustrate the proceedings from engagement to the wedding ceremony with “generalized” Indians---my characters, and have also made an attempt to expound on the emotional upheavals that occur in the background and often aren’t spoken out loud. Milan is more of a ‘short story’ concept where it shows the before/during and after of an event than it is a ‘long novel’ about characters with hopes and dreams and goals. And its purpose is exactly that, to show the emotions Indian couples go through during the process of a wedding. This story may help the reader get a better insight into the culture of marriage in India.

The Setting of MILAN: 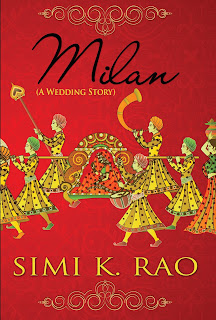 Whenever I travel back to my homeland, I prepare for a culture shock. The crowds, the noise, the pollution have all increased several fold as the country races forward at breakneck speed to catch up with the rest of the world. There are very places left where it still seems like life goes on as it did a few decades ago, where people are laid back and nature is not at war with mankind.
MILAN is set in one such place; Coonoor-- a hill town located in the Nilgiri Hills, about 56 kms from the Coimbatore Airport, in the southern Indian State of Tamil Nadu. It is part way from its more well-known cousin Ooty. I spent some time there during my last trip and was so enchanted that I chose to use it as a setting for my story. Known for its tea plantations, Coonoor is a lovely, rustic little town. With its abundance of greenery and quaint architecture it is a throwback to India as it used to be. The temperate climate and serene environment help the restless soul to relax and take a few breaths of peace. When you are there, don't forget to take a ride on the Nilgiris meter gauge train, as well as a personalized tour of the tea estates.
I want to thank Debdatta for giving me this opportunity to express myself and for hosting this blog tour. I also want to thank all the bloggers who are participating in this tour and have made space for my book on their blog. Your time and generosity is much appreciated.
Please visit my website http://simikrao.com/ for more info on me and my work. You can also connect with me on Facebook https://www.facebook.com/simikrao and twitter https://twitter.com/simikrao
Happy Reading! 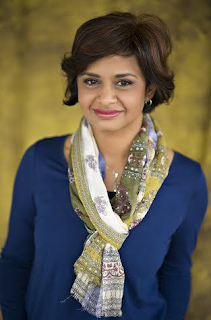