What we've been up to: 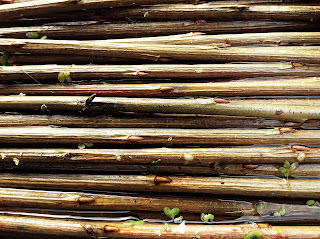 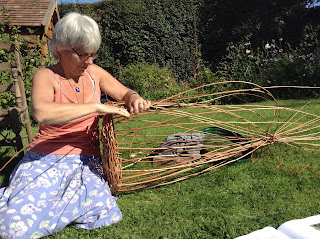 The Chimes (JT): wonderfully enjoyable read, but possibly annoying if you don't have a background knowledge of musical terminology. Maybe not for the shortlist, as it reads a little like a young adult novel. Recommend to E and A particularly.
A Moor's Account (JC): retold story from a Moroccan slave character's point of view, reminded of 'Testament of Mary' from two years previous shortlist. Pretty good.
A Spool of Blue Thread (ET): regretting having never read Anne Tyler before! Beautifully formed novel, felt in very safe hands from the start. The kind of book where it isn't groundbreaking or dramatic, just an average family life, but you end up reading slowly - not wanting to read the end.
Satin Island (AJ): rather like the cover, this book was less interesting than watching paint dry. Didn't like the characters, plot or anything at all.
Sleeping on Jupiter (DW): set over a very short period of time (almost finished reading!) digging deep into the disparate protagonists.
The Fishermen (CG): brilliant read, and a debut from a Nigerian author. It should make the short list!
A Brief History of Seven Killings (ET... well, the first 50 pages): Not brief enough (700+ page book)
A Little Life (CG): found this a slog and too many characters to keep track of...
Did You Ever Have a Family ():
The Green Road (AC):
The Illuminations (AB): a good read, though not groundbreaking. The two interwoven stories came together slightly clunkily, and one story was more compelling than the other; maybe the extreme contrast improved it though. A not very believable ending soured the climax.
Lila (RA): hadn't read the two others in the trilogy, although it seemed okay to stand alone; Marianne Robinson is probably more established in the US? Stream of consciousness writing, would rather have had points to stop because you can't say 'I'll stop when I finish the chapter!' But a great read and should make the shortlist!
The Year of the Runaways (CN): enjoyed, though not finished yet. Sometimes don't want to hear so much about suffering, seemed to be a very 'worthy' book. Seems similar to 'Five Star Billionaire' on the long list two years previously. 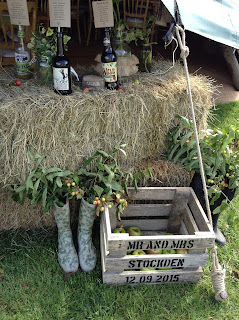 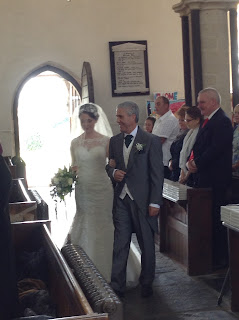 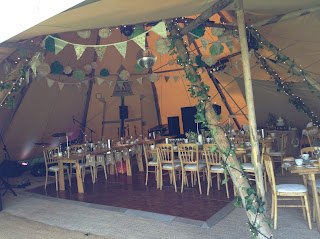 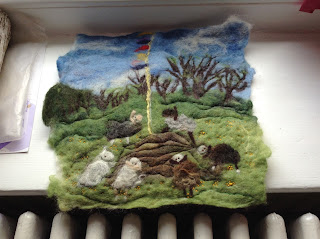 (Winning collage of the sheep - a bday present for Alison, and each sheep is made from her own wool!) 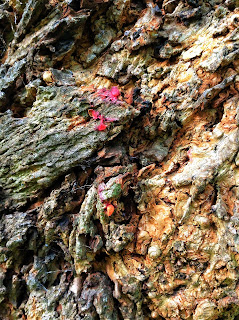 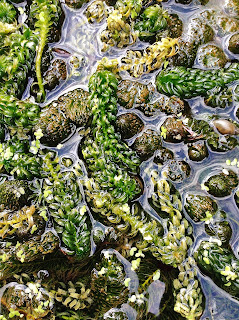 (Losing photos on the theme of texture)

Happy Sunday! If you're reading, give us a comment :)