Review: The Inheritors by William Golding 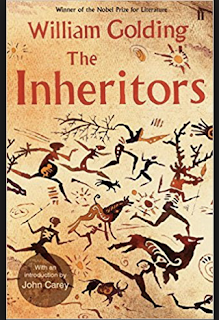 So, everyone's heard of William Golding, right? Lord of the Flies man. I wasn't aware until recently that he was actually a fairly prolific writer apart from this book, yet I'd never read a single one - this had to be remedied. So, The Inheritors came into my reading list.

Interestingly enough, it's got the similar haunting quality that Lord of the Flies has, despite, on the
surface, having such a different subject matter. Penelope Lively said it was her favourite book, because she could always get something new out of reading it - and I can well believe that!

Let's start with the premise. It's about a small group of neanderthals. When it was written, it was pretty revolutionary: writing from a point of view that is so different to our own; now, however, we are more used to books written by speakers with a different way of looking or understanding the world: for example, Emma Donoughue's Room or Mark Haddon's The Curious Incident of the Dog in the Nighttime.

Because neanderthals, as far as we know, didn't have 'thoughts' in the same way we do. Instead, they had 'pictures' which they attempted, with limited language to share with each other. The whole novel is a sort of puzzle, attempting to solve the language barrier that we have between the protagonists. I have to say, I found the book very slow at the beginning, and pretty tedious. The words themselves are very simple, but it is still hard to read quickly due to the nature of these 'pictures'; everything is a simile or a metaphor, and the simplicity and lack of language makes it a slow read. However, events progress and the pace picks up; also, I think I became used to the ponderous style, and the curious way of communicating. The ending is certainly fast-paced! 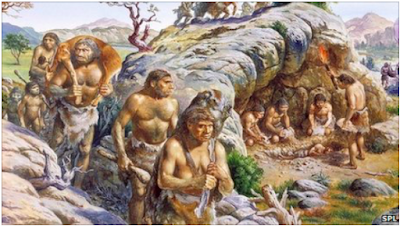 Despite being slightly irritated at the beginning, the characters are all pretty endearing (although I remember struggling to get all of their names lodged in my head!). They're charming in a sort of childlike way, which is hard as we know they won't meet a happy end (if we know anything about prehistorical times...)

There is very acute, precise description of place, a concise geographical location, and I wonder if Golding had created a map depicting the places the group move between: the waterfall, the river, the cave. This group have come to their summer grounds, an annual move. It was interesting learning about neanderthal behaviour and how much Golding actually portrayed accurately, considering he wrote this fairly quickly in his lunch hours whilst being a teacher. When one character dies, they bury him surrounded with honey - and there has been evidence of neanderthal burial within the caves that they lived, saturated with pollen, speculating that there were a lot of flowers. Despite being, in comparison to Homo Sapiens, primitive, this species mourned in a surprisingly similar way.

What was also interesting was how much we, as descendants of Homo Sapiens, have lost. They are hypersensitive to smell with a different concentration of nasal receptors, more like how we think of dogs nowadays. When Homo Sapiens arrive (only slight spoiler!), one character - Lok - doesn't understand why a man isn't using his nose to track them, he simply follows their footprints. Despite being the least intelligent of the group, Lok is graced in talents with we, as humans, don't have. There is an implied sort of 'telepathy' between the group, where they can see each others' 'pictures.' Of course this is speculation, but it does make one wonder what else we have lost in our evolutionary process.

The neanderthals had no tools, and did not kill to eat: they were happy to eat already dead carcasses, but wouldn't shed blood. They were, overall, a very peaceful race - and I believe this is supported by historical evidence. Homo Sapiens advent brings about bloodshed and violence, and their innocence is shattered. 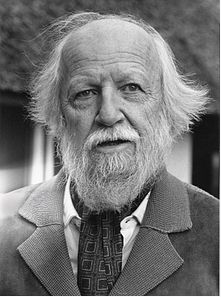 It is in this way that The Inheritors seems similar to Lord of the Flies. Golding was very interested in original sin, and where it came from. In this book, it seems that innocence was possibly in the ignorance of not knowing danger, not knowing what the Homo Sapiens represented and what there 'sticks with feathers' flying through the air were. They assumed them to be some sort of gift; it makes for heart-breaking reading. The idea of killing simply had never entered their heads.

Like, Lord of the Flies, innocence is marred and awful events occur. Homo Sapiens seem to be the bringer of sin. Also, perhaps, the waterfall is symbolic of sin: humans came from below the fall, killed the neanderthals, and then moved beyond the waterfall into evil. The Homo Sapiens' capacity for evil was quite staggering in its contrast; the final chapter shifted perspective, whilst one man calmly thinks of killing another for no particular reason. Golding's obsession with the creation of evil may have been influenced by his time in the army: he was staggered by man's capacity for evil, and this theme rings throughout the book.

This theme - the innate cruelty of the human race - makes this book a hard read. That, and the style in which it is written. It's a slender volume, but one that time has to be taken over. And one I would definitely say is worth a reread.

Overall, it would be hard to give it a numerical rating, but I think it is definitely a book worth reading. 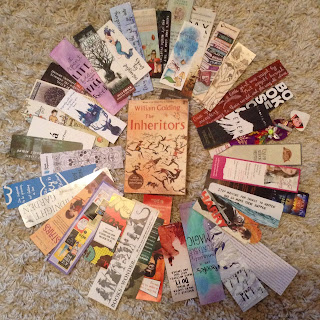