What I've been reading this Summer

So, summer seems to be officially over... well, it's still sunny but there's a definite bite in the air, and, for me, September 1st marks the official end of Summer. Does anyone else feel like this? I suppose it's completely arbitary, but that is how it feels to me. 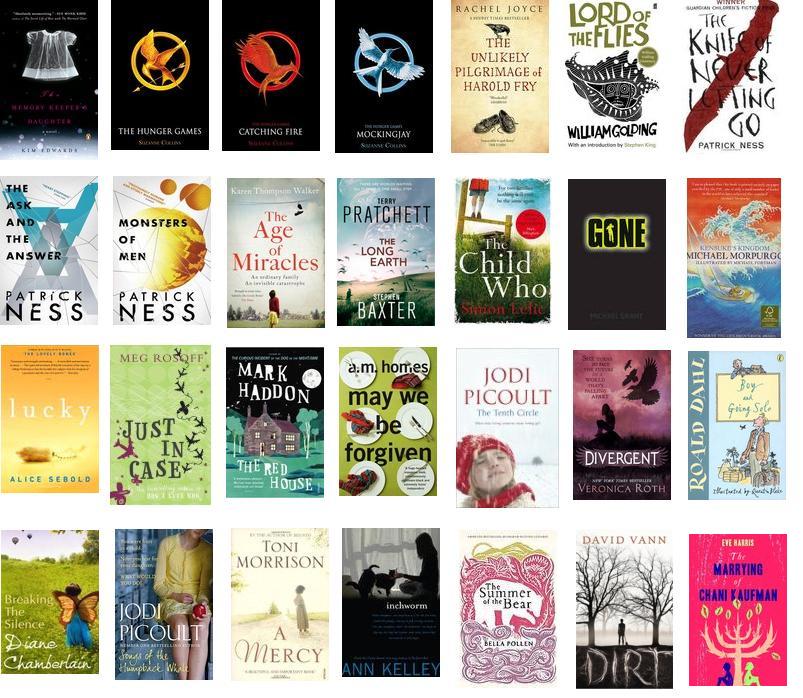 So, here are the books I've read over the Summer! Quite a mish mash of different things - from YA, classics, science fiction, dystopias, chick reads, children's, modern, literary... I won't review them all, but I'll give a few highlights. (There may be some spoilers, you have been warned...) 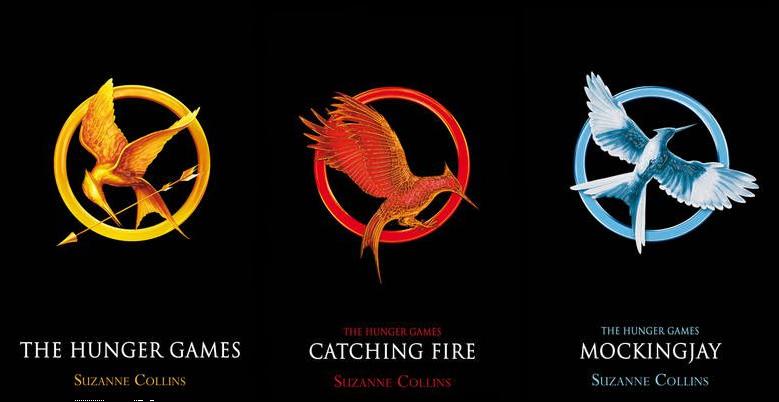 Firstly, The Hunger Games trilogy by Suzanne Collins. It's one of those series of books that I have put off reading for a long time, feeling a little bit snooty about all the hype, wondering whether they were really any good. Well, I have to say that I am so glad that I read them! In case anyone doesn't know the basic premise - it's a dystopic future in which America has been split into various districts, each providing a commodity for The Capital, where the more privileged citizens live. Each year, The Capital holds a reality TV show called 'The Hunger Games' in which two "tributes" (chosen by ballot) from each district are placed into an artificial landscape and manipulated into killing each other, until one victor remains, reminding the districts of the might of the capital. Our heroine is Katniss from District 12 (responsible for the production of coal) who enters 'The Hunger Games' in the place of her younger sister, Prim. From almost the first sentence, this was a page turner - I literally couldn't put it down. I borrowed the first book, and then realised I wasn't going to be able to borrow the second one until I saw the person after the weekend, so I had to go out and buy the next one because I was too engrossed! The first two books follow a similar sort of format - they both centre around the games themselves - whereas by the third book the whole of Panem (the name for where current day America is) has dissolved into revolution and it is more of a war story. I loved these books. They were progressively more and more violent, but it was a violence that I could cope with (I'm not usually a huge fan.) Suzanne Collins writes very well - it is very pacy and the twists and turns were fantastic. You literally wanted to shout at the characters sometimes when you worked out something before they did. The ending wasn't exactly as I expected either - she didn't completely conform to expectations for a YA novel. Overall, brilliant.

There is a film of The Hunger Games on video (and the second is coming out soon) which J has bought for me, so we just need to find a nice time to watch it together.

The second lot of books I'm going to talk about is the Chaos Walking series. It seems like I've been on a real YA kick recently - it's actually made it harder to read "real" adult books as the pace is generally a lot slower and they're just... less easy to read! I feel sort of unintelligent for reading so much YA fiction, but I do enjoy them, so I'm trying to let it go.

So, Chaos Walking. Fantastic. Again - pacy, page turner, twists and turns, believable characters, compelling plot... It was great. Originally recommended by a friend of J's, he got a Kindle sample on his ipad and then I was inspired to buy the first one - and read it in about a day or two (they're quite long books!). It's another sort of dystopia where people have left this world to populate a new one. Of course, many problems ensue. Men in this world have something called "noise" which means, basically, that you can always hear what other men (or animals) are thinking. Women have no noise, although they can hear others'. As the series progresses, it turns out that noise can be controlled, but it's a really horrible thought all the same. (It also leads to some comic moments - Todd's dog Manchee has very simplistic thoughts: "Todd. Poo. Poo. Todd." I miss Manchee...)

Now, although The Hunger Games are violent, these take violence to a new level. The Knife of Never Letting Go (book one) is violent on a sort of intimate level and it is taken further and further up as the books progress, until the violence reaches truly epic proportions by Monsters of Men. I did find the violence a little difficult, but I'm quite sensitive to violence, so maybe most people wouldn't find this much of a problem. Mostly, it was just a brilliant story. I loved the central character Todd - and watching his moral decline, his numerous dilemnas, the way in which he's manipulated... it's all so horrifically believable.

The first book I got of one edition and the other two matched; the second two had a short story at the end of each of them, and I wonder whether the first one would have done if I'd had the same edition? (That's something else that annoys me - they don't match! I'm sure I'll get over it!). I really enjoyed these short stories - they're set in the same world, but not focusing on the central characters and it made me see more of Patrick Ness' vision of this entire created universe. They really added to the overall reading experience.

These, too, have been made into a film! (it's seems to be all the fashion - what with the Cassandra Clare trilogy coming out soon.) It's still very much in the preliminary stages, but I can imagine these making brilliant films. J and I both remarked at how cinematographic they were as were reading them - I wonder if Patrick Ness was hoping for a film contract, or that's just his natural style of writing? Either way, I'll be interested to see these converted, although I do hope the violence is toned down a little.

... and another YA novel! I promise I do read other genres, honest! (And another one that's being made into a film). I joined the library close to me recently and this was one of the first books that I got out. Another good one. Basic premise: when teenagers turn sixteen, they must choose between five "factions," each focusing on a particular trait - Candor (honesty), Abnegation (selflessness), Dauntless (bravery), Erudite (intelligence) and Amity (peacefulness). Our heroine, Beatrice, goes against her family's faction (Abnegation) and chooses to become Dauntless. It follows her initiation into her new faction and the gradual discovery of corruption throughout the society. I'm looking forward to the next two in the series - I have them ordered at the library ready to read next. 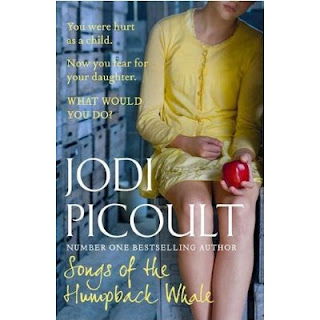 This one isn't a YA novel - see, I do read other genres! Jodi Picoult is my fall back for easy-reads, I always go for them when I'm finding it hard to get into other books, which I was finding the case after reading so many pacy YA novels. I didn't have great expectations for this one actually - it was another one from the library, and I hadn't heard particularly positive things about it. It's her debut novel, originally published in the US in 1992 when she was 25. It is different to her other novels, there's no doubt about that. Most of her novels are characterised by medical or legal issues - they mostly centre round court cases - and huge twists and turns in plot. This had one character, Rebecca, telling the story backwards, so you already knew the general ending at the start. It is told from the point of view of a number of different protagonists - Rebecca, her mother Jane, her father Oliver, her uncle Joel and two other men who work with him. Despite knowing the outcome, it still managed to be very compelling - I couldn't put it down. I was very pleasantly surprised - and this might actually be one of my favourite Jodi Picoults (and I've read a lot of them!).

Congratulations if you have made it this far! The final book I'll talk about is The Marrying of Chani Kaufman by Eve Harris, which has been longlisted for the Man Booker Prize 2013. As A talked about in her post earlier, the Winscombe book group are collectively reading the "booker's dozen", but since there are only twelve of them, I get to be a part too, and this was my allocated book (we chose randomly). Again, I really enjoyed this book. I worried it might be dry, but it wasn't at all. It's basically about ultra orthodox Jewish life, in particular the marriage of a young woman named Chani Kaufman, but there are a lot of other stories interwoven - the Rabbi's wife who coaches her, her betrothed, the Rabbi, their son who strays from orthodox life... It was really eye opening for me actually - I didn't know very much about the details of an orthodox Jewish life and this was presented in a very accessible way. Eve Harris managed to explain things without it just seeming like you were being taught, you were actually shown things through the way the story progressed. Ultimately it was a sad and happy book, and made me think a lot. I think it's a brilliant narrative and very skilfully told - I'd be pleased to see it make the shortlist, but, as I haven't read the other books (yet?), I don't know what it is up against. I would definitely recommend reading it either way.

Well, here are a few highlights of my summer reading! It has made me realise that I possibly read too much YA fiction and should read more literary things in the future, but maybe I shouldn't worry too much. Joining the local library has been a joy - and I hope to discover lots of interesting new reads there.