Thank you so much to everyone who has contributed to this fund raising event for Studio Upstairs. Today the beautiful blanket left Coombe Cottages for our village Community Associations annual Michaelmas Fair. It is well travelled. Not only did the individual squares come together from many individuals in different places in their lives, but the blanket itself has been on tour to be with Ellle and to a friendly gathering in Lyme.

Lots of people pledged money before the fair, for which we are very grateful indeed. Prior to the event we already had many donations pledged but overall we sold £489.70  worth of tickets (some odd money collection error here as the tickets were 50p each or £2 a strip)  -  a minimum of 1275 individual tickets! Wow! Thanks must go to friends from Somerset who joined me at the fair and to all those who helped E sell tickets at Bethlem.
The draw itself was done as the fair came to an end beside the willow ' dome ' which adjoins the Michaelmas field on the edge of the railway walk in Winscombe. The woodcraft group A E and T were involved in for so many years planted the living willow structure there in 2000 and A prunes it annually to keep it as a house like structure for the children of the village and particularly the neighbouring playgroup. One of the children playing around the dome was asked to be our independent verifier. He chose a green ticket from our old blue basket and it was unwrapped to reveal 117 and K's name and phone number. As K actually did the crocheting together of all the squares it did seem very appropriate. So now Beautiful Blanket is off down the motorway again to Wellington and its final home. It feels very good to think of it being appreciated and understood as well as having raised so much money.

So E is going to talk to Studio Upstairs and work out what the money should be dedicated too and we will report again. Meanwhile here is the unfolding of the raffle... 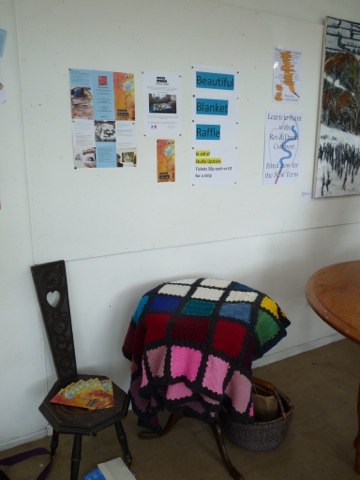 The raffle's home at the fair was in the Art Shed next to the photography exhibition and some great paintings.
The tickets looked rather wonderful all massed together... 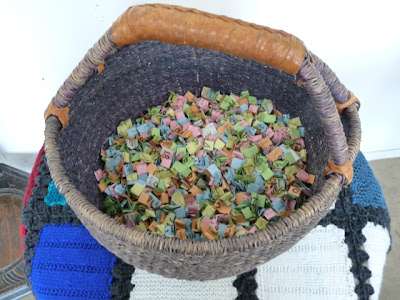 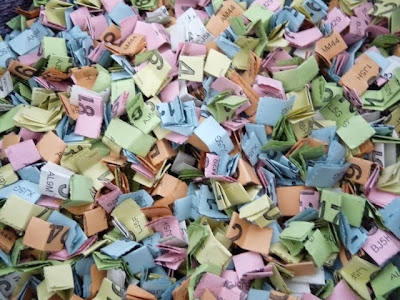 The jewel colours of the blanket looked so beautiful against the grass that we decided to do the draw against a green backdrop with the help of a very kind and totally independent adjudicator (ie. a bemused random child!). 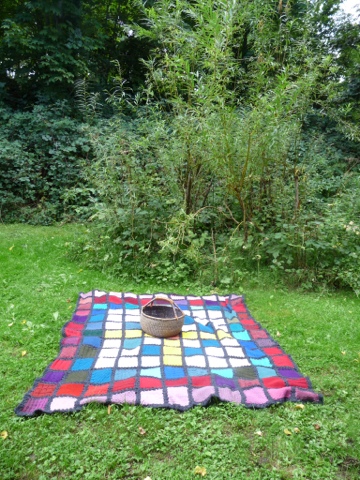 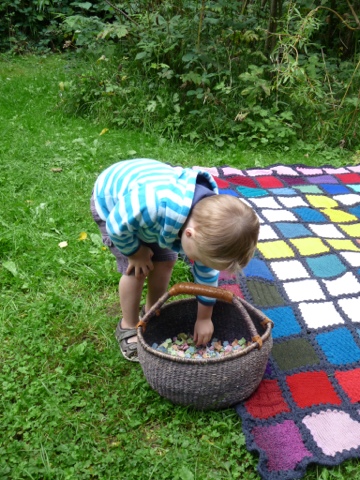 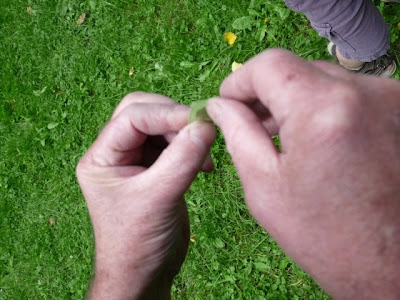 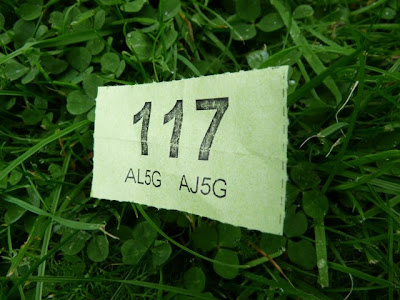 Once home the kittens decided - in the night - to do the raffle themselves so first thing on Sunday this is what I discovered! They have been very discerning as I am findIng tickets they have carried (proudly as 'prey') to other rooms of the house. My cleaning isn't great so I guess I will be reminded of the raffle for some time with tickets under and in various pieces of furniture. 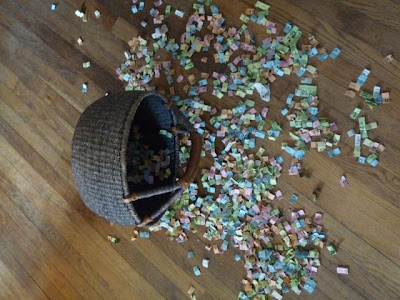 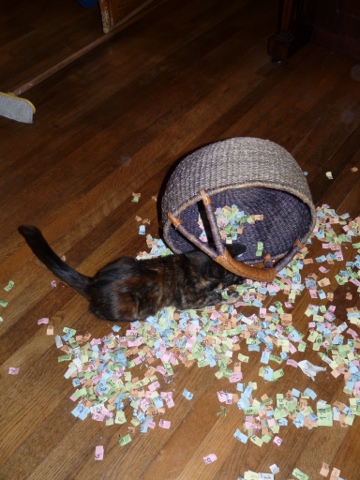