A brief record, mainly in pictures (taken with E's old camera) of J's trip to HK, in the company of sister S and niece L. 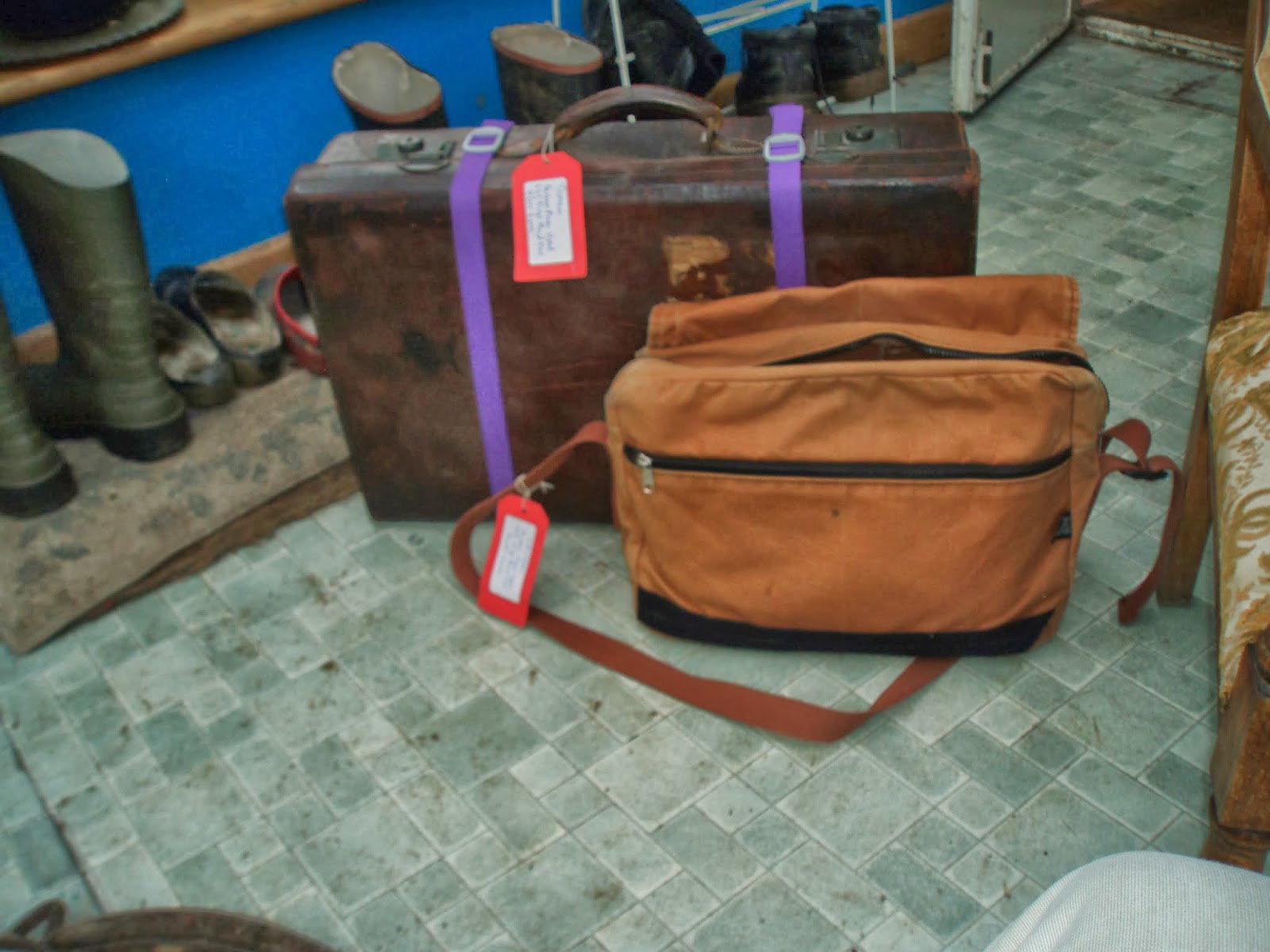 The first day was rather an extended one, starting in Winscombe, with my (intentionally retro, not that's not correct, because it is ACTUALLY old, not as-if old) luggage in the conservatory waiting for the off. We went from Bristo airport via Schiphol to Hong kong, leaving Bristol at 520pm, arriving at Shep Lap Kok at 330 the next day, which was 15 hours later. 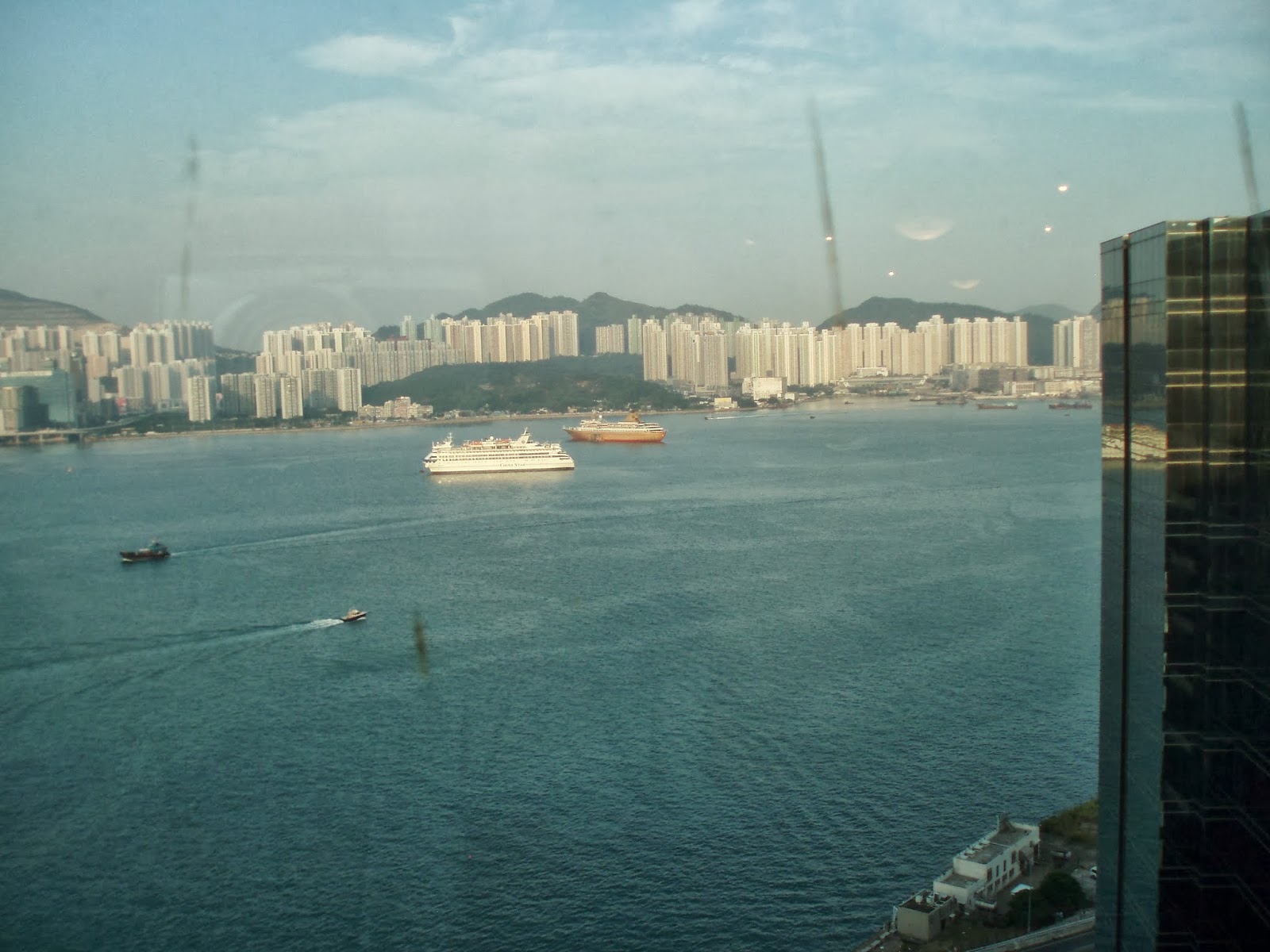 (view from the hotel window)

And then explored, went out for a meal at the Three Virtues Buddhist Vegetarian  restaurant just along King's Road in Quarry Bay from our hotel, and from there in a tram along to Central to look a the big buildings and the Star ferry. Back to the hotel where it is now 1130pm. 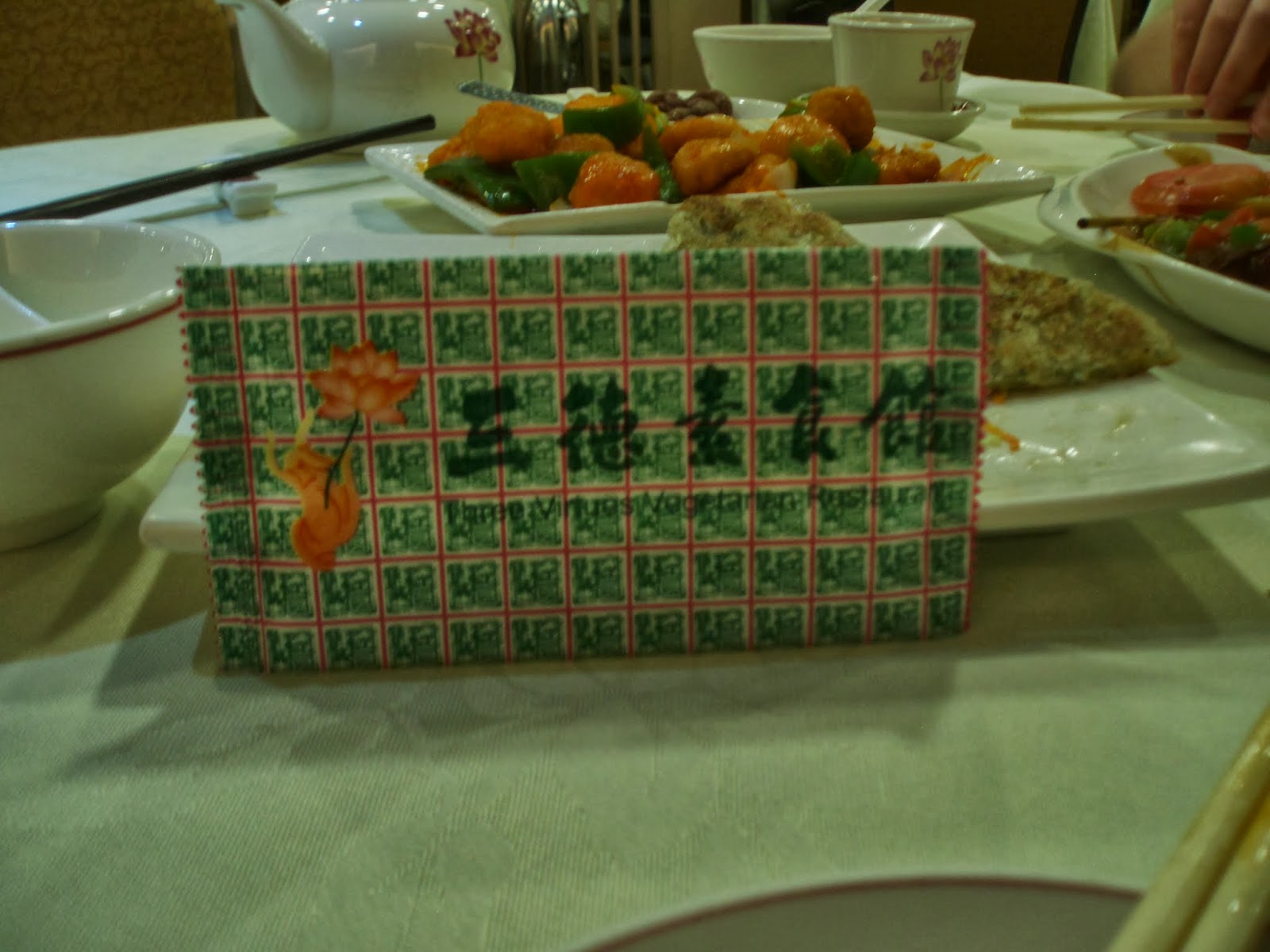 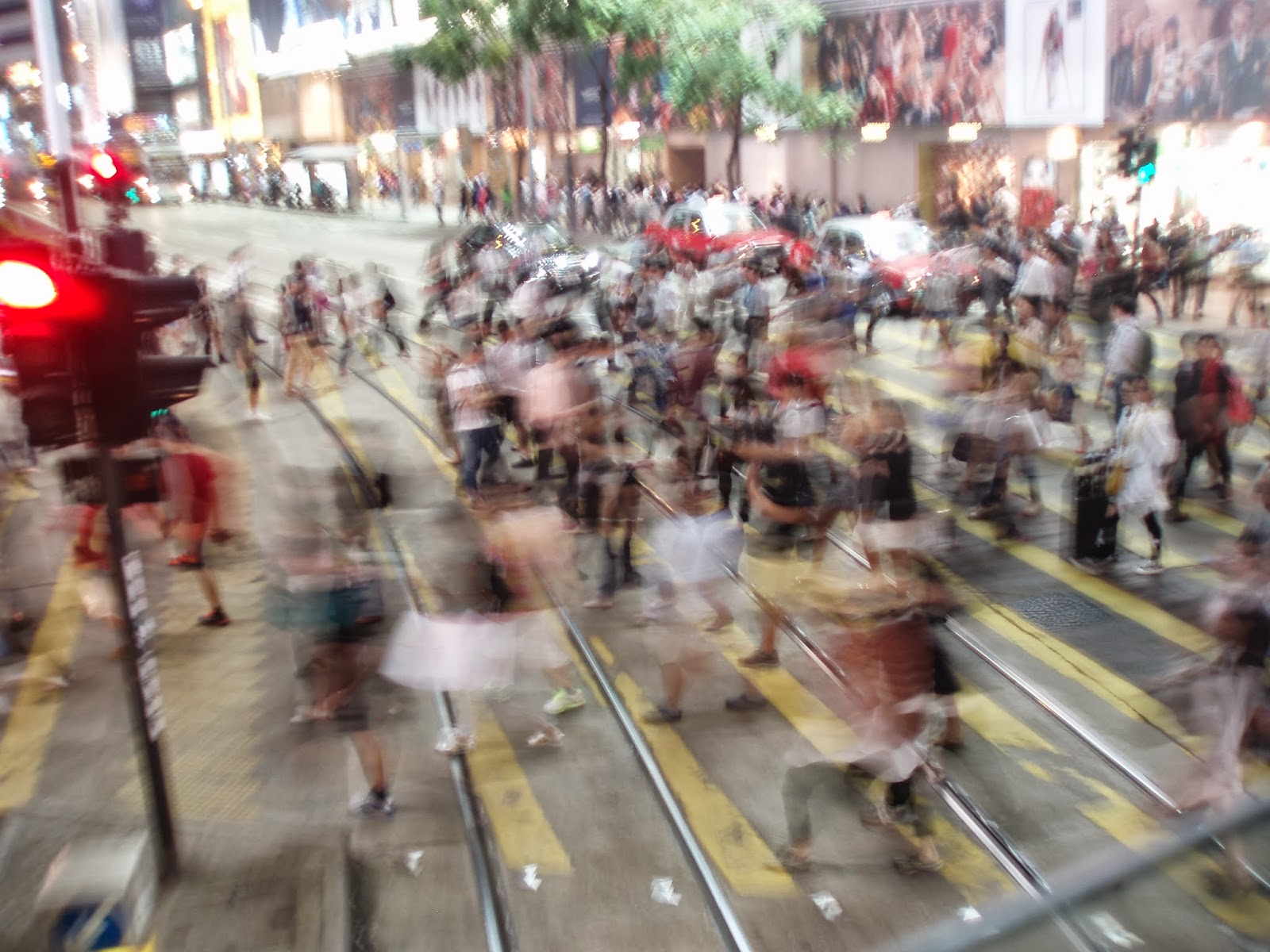 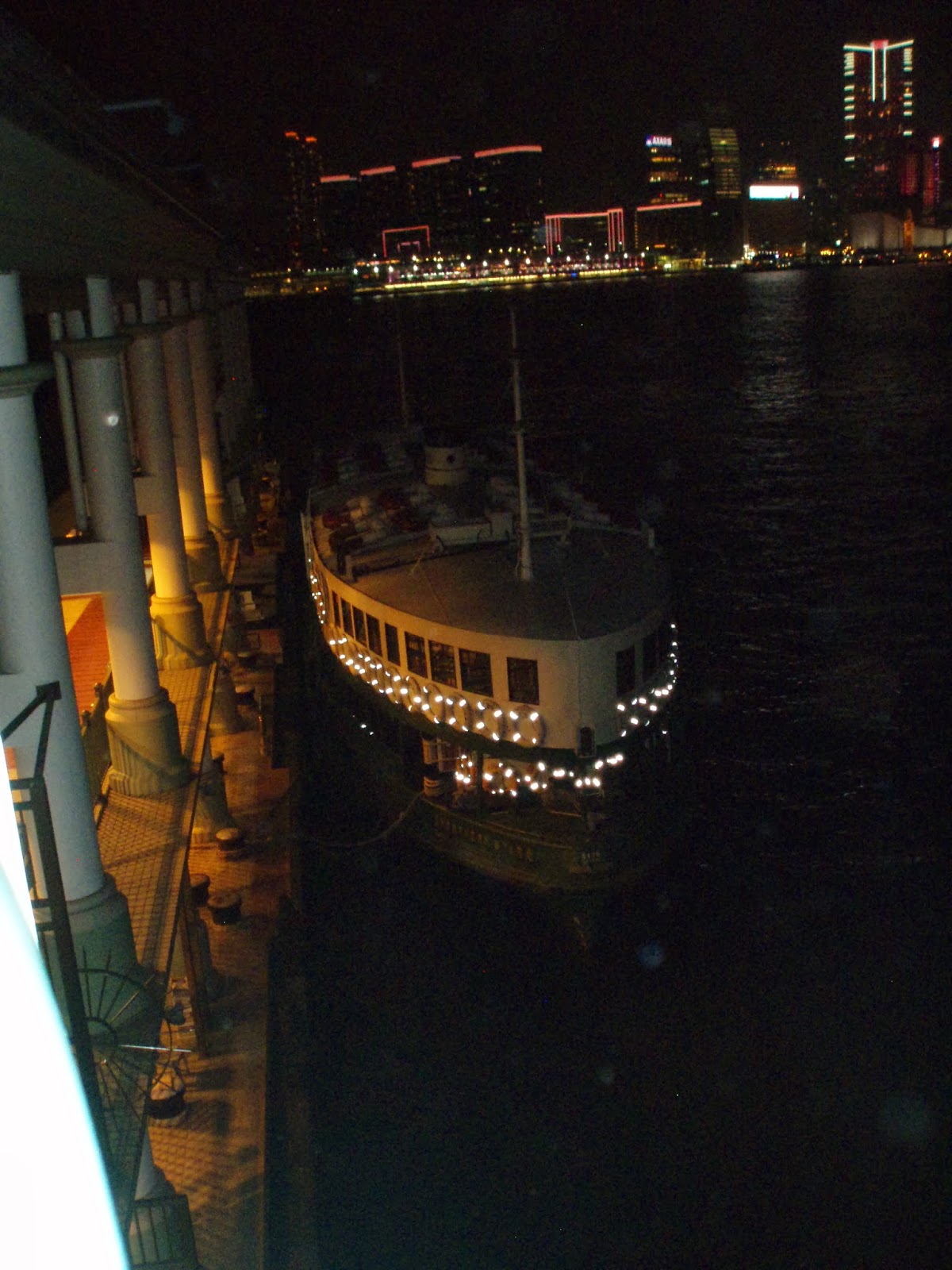