I started the day by speaking to E on Skype subscriber, from my iPad to her phone.
Almost from the beginning of the conversation the sound quality was excellent, 'like a normal phone conversation.' As we spoke my view through the hotel window of the eastern harbour brightened and ships and ferries passed. From time to time, briefly, the buildings on Kowloon-side developed a golden shade to their eastern faces which told me the sun must be looking through a gap in the clouds. 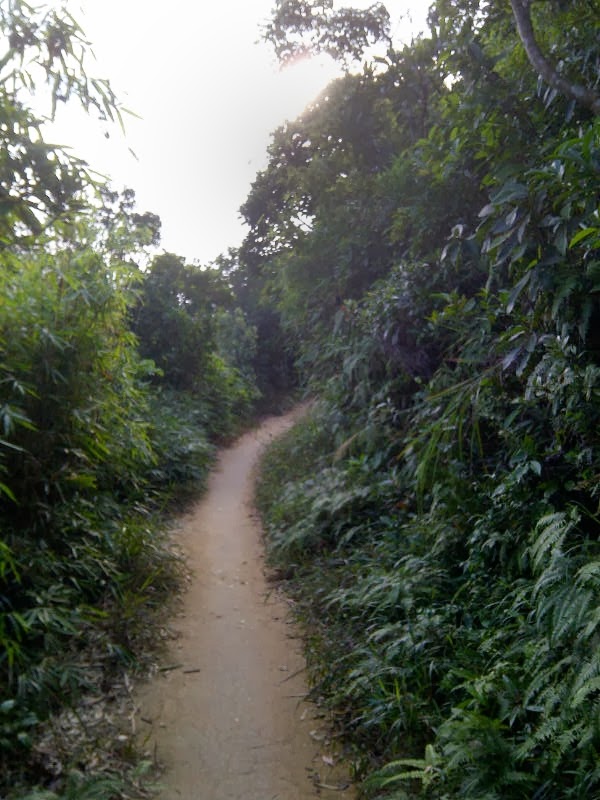 Then up and out for a run! I had noticed a few people on the street below jogging past, so I knew it wouldn't be that strange. I had in mind trying to find the bottom end of the track A and I walked four years ago that went over Jardine's lookout. King's Road and its pavements we're relatively uncrowded as I went along for a couple of streets, then off up the hill. Almost immediately (and of course this doesn't show on a map, google or otherwise) it was very steep! Of course, but I was still a bit taken aback. Past a primary and a secondary school with lots of children streaming or dreaming in, then up the beginning of the "Eastern district jogging trail" which was a long flight of steps! Worth persisting with, because at the top of the slope was a long and winding path round the side of Jardine's lookout heading towards Mount Parker. 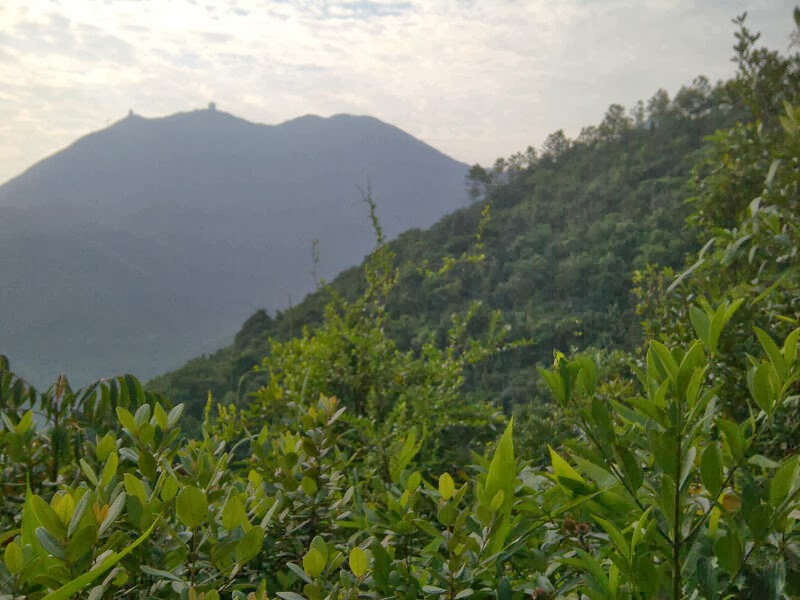 Back to my room, where I started reading Daniel Siegel's book "Mindsight": so far so very  good! Good FT homework to take on holiday, thank you Jeremy! When S and L got up (I phoned them at 10 as planned)  we decided we were so hungry and starting the day relatively late that we breakfasted at Starbucks opposite. Amongst the UK conventional Starbucks offerings were Green Tea Latte (BRIGHT green and too sweet) and almond and red bean scone (fine, not exciting).
The main expedition of the day! Off into central on the tram again (tram pictures) to catch the number 15 bus up to Mount Nicholson. From where the bus starts climbing the hill after the Happy Valley stadium it starts to look familiar, and sure enough the Mount Nick stop was where it should be, and the walk up the drive all the same...
then: 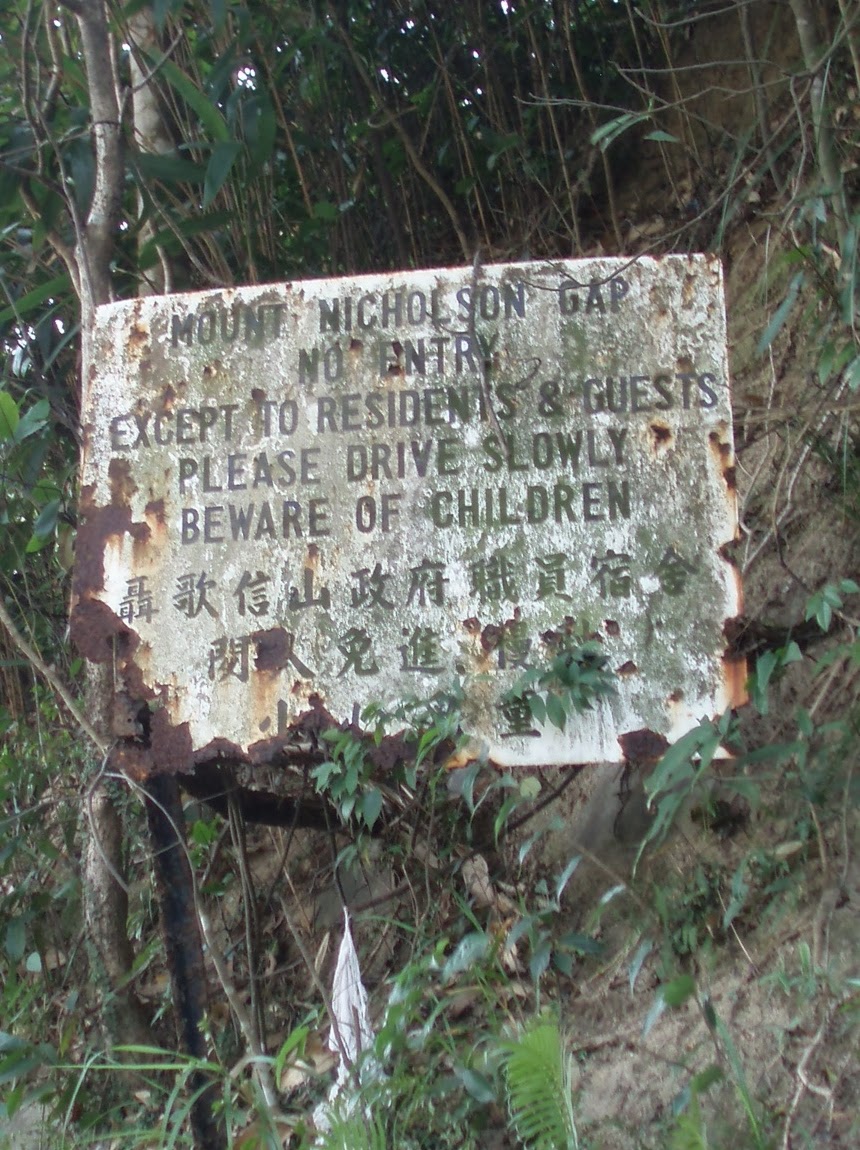 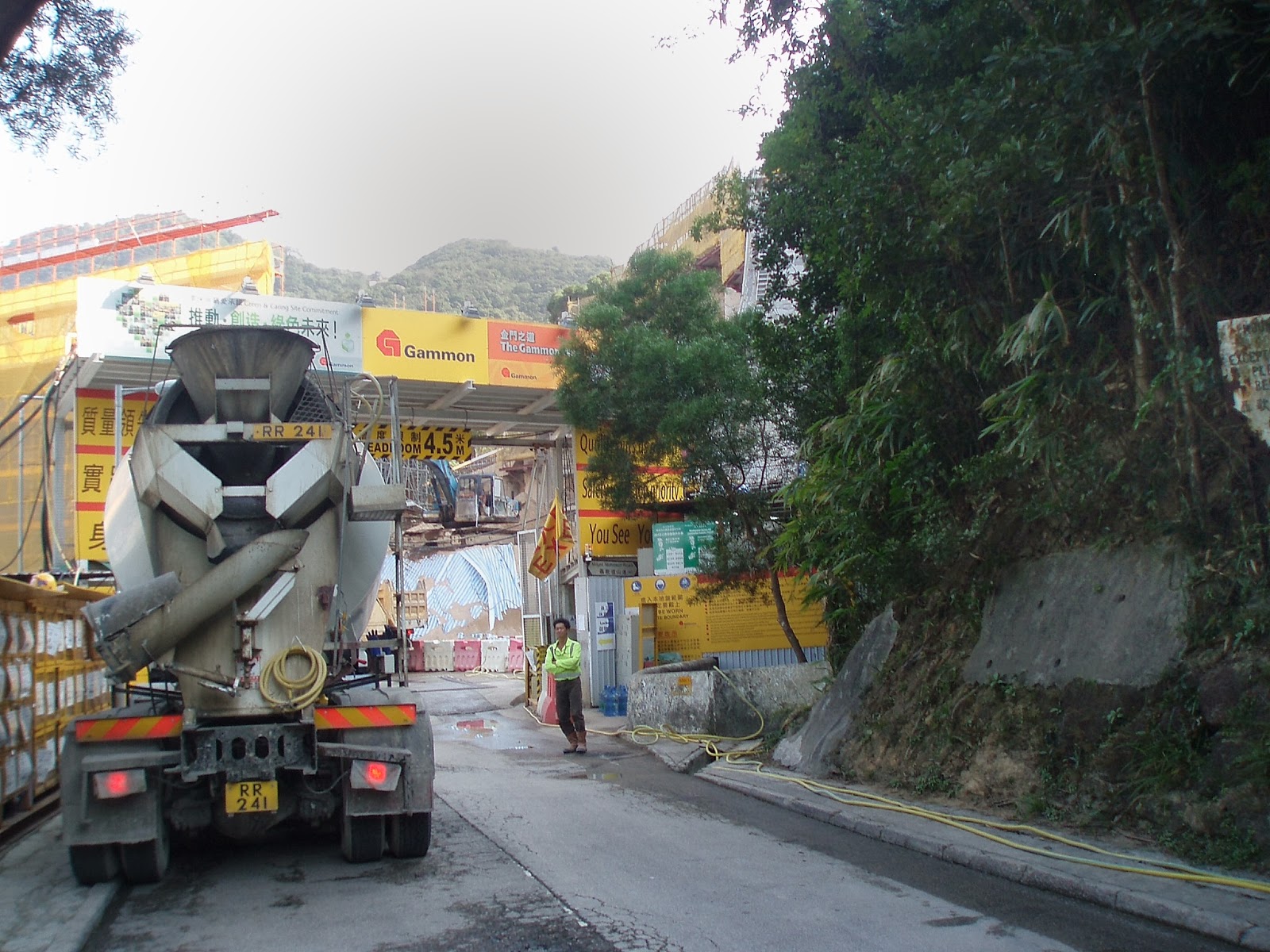 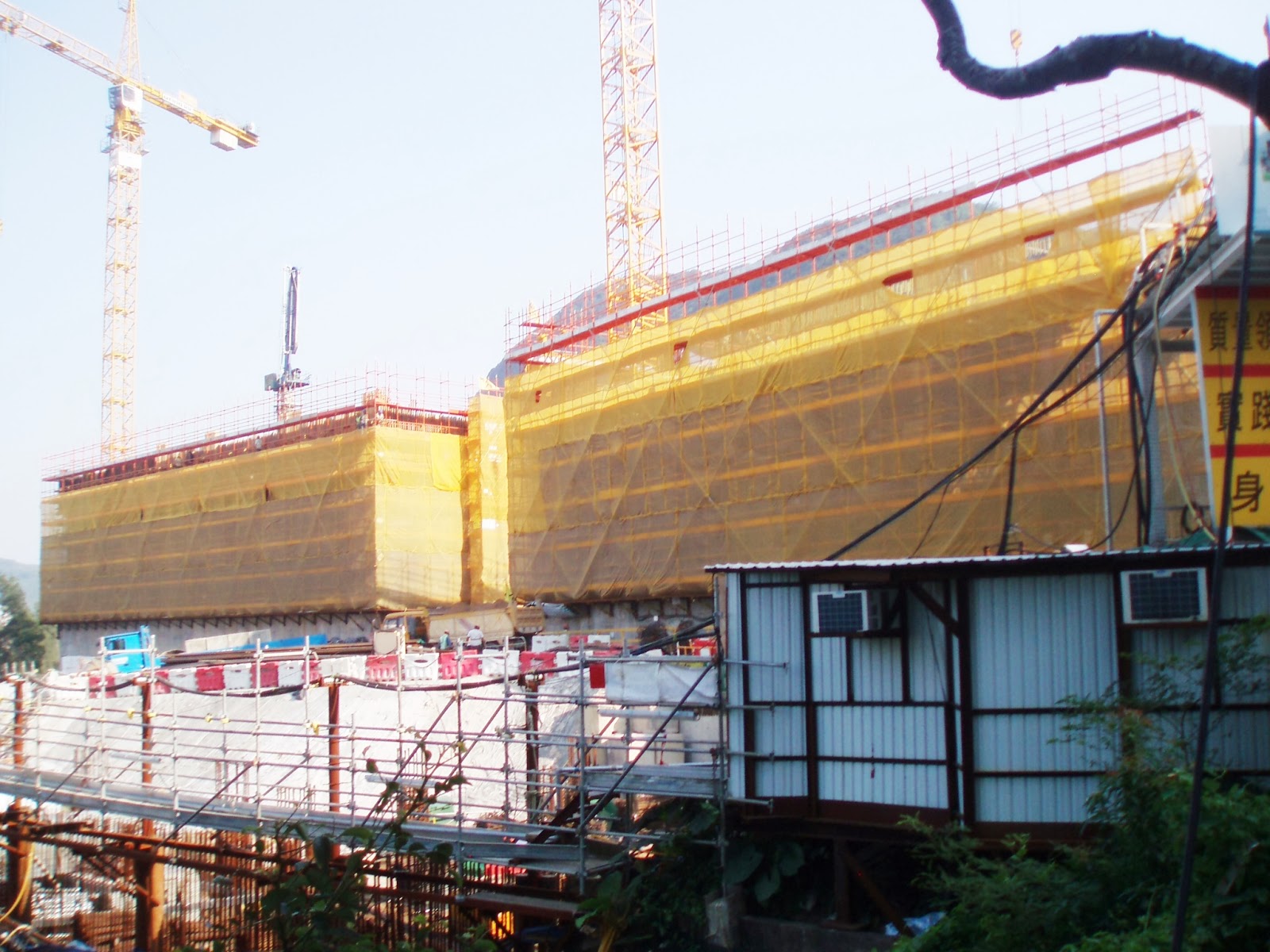 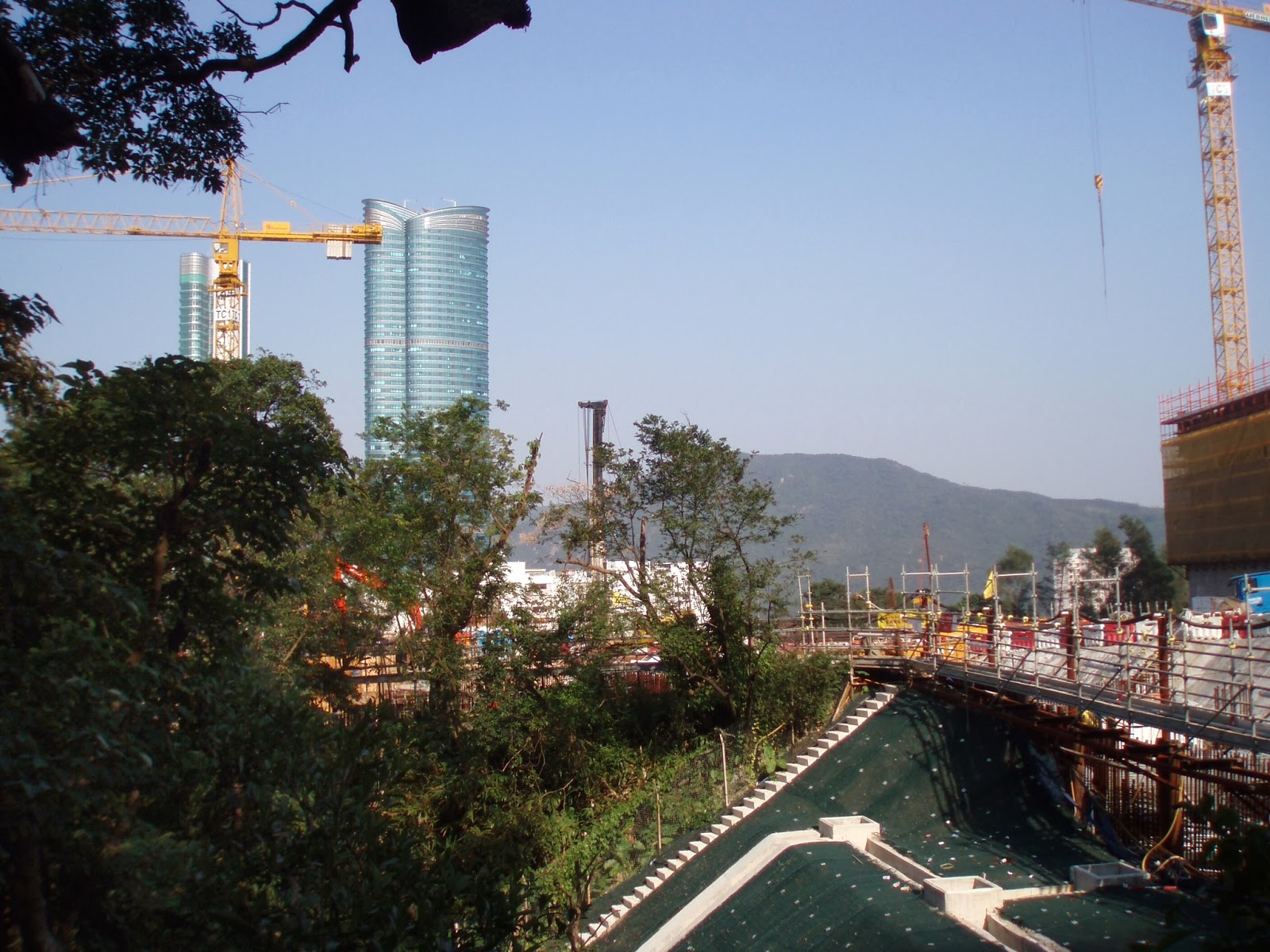 However we continued our day, going back on the no.15 up to Wanchai Gap to walk back a mile along Black's Link to see if there was a decent view down onto Mt Mick from above (there wasn't), and finally back on the bus all the way up to the Peak. 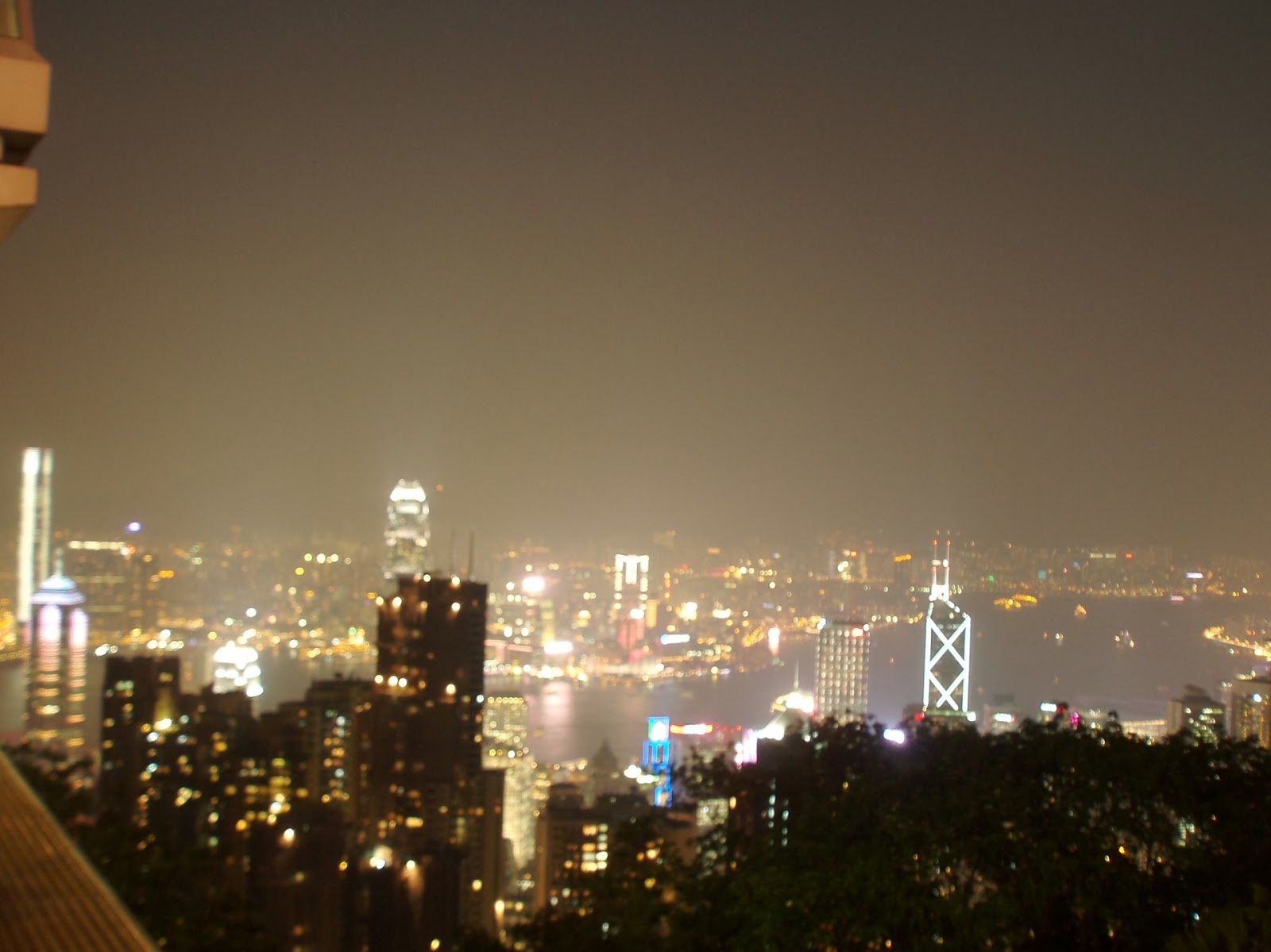 Back in a taxi (we were hungry and there was a LOOONG queue for the Peak Tram) to the Three Virtues Vegetarian Restaurant, where they welcomed us back with a window table, and a complementary pudding dish of...not sure. Something vegetably perhaps from the gourd family, braised in a sweet ginger soup. Interesting, and probably basically nice. J's choice for the evening was vegetable shrimp with lava in crispy roll. 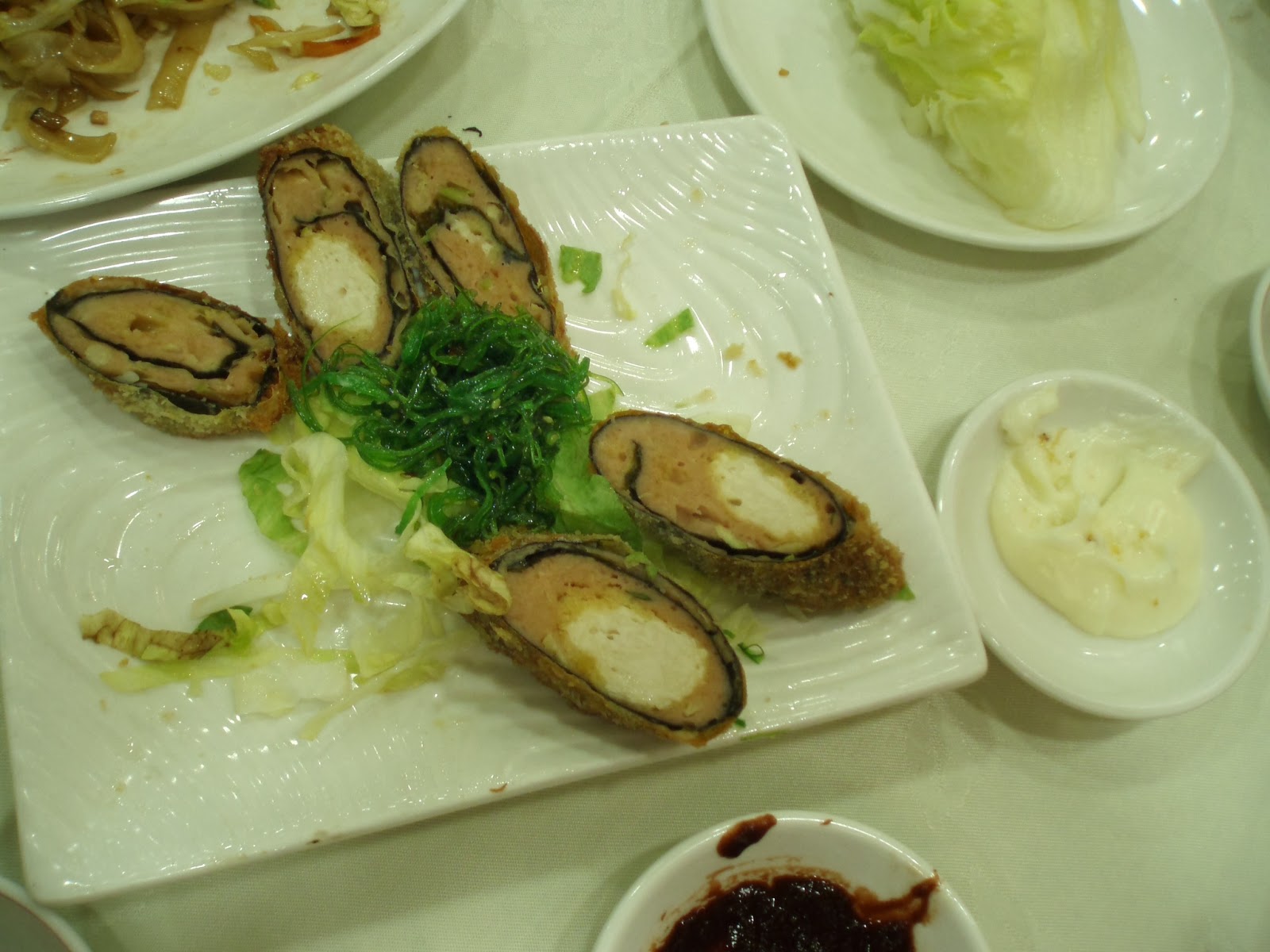 And so back to the hotel to plan for tomorrow.
Posted by Joe at 15:23