Review: On The Bright Side

'On the Bright Side' is the wonderful new 'secret diary of Hendrik Groen.' I received an ARC from NetGalley, although it was published a couple of days ago and you can grab a copy from Amazon here, or (preferably) your local book shop. (For a list of more ethical places to buy books, try here.)

'On the Bright Side' is the sequel to Hendrik Groen's first diary, which I read in 2016, also courtesy of NetGalley (you can find my review here if you're interested!) For those new to Groen's story, I'll give a brief introduction: Hendrik is an octogenarian living in an old people's home in the Netherlands. In the first book, he set out to write in his diary daily to keep his mind active - and it certainly did! A group of friends set up the 'Old-But-Not-Dead-Club' who aim to have as much fun as they can, while they still can - which they certainly did! "Stop spending so much time studying life’s instruction manual. Just do it!! Yes, you may fall down a few times, but so long as you get up again, you’ll be ahead of where you were!"

The first book isn't a complete barrel of laughs though, and it ends with the demise of two members of their club: one lost to dementia, one lost to the world. As I said in my first review, this book deals with the three big Ds: Dementia, Death and Disability. There's no shying away from it.
I remember thinking that the first book felt a very fitting place to end, and was slightly surprised to see a sequel but requested it all the same. It was a joy to be reunited with Hendrik and the Old-But-Not-Dead-Club. This book has many of the same elements there are a lot of laughs, a great deal of interesting voyeuristic people-watching, and even some up-to-date social commentary.

They continue to get up to their amusing antics as in the first book, with some added extras: trying cuisine from a new culture every month, and even spending three nights away on holiday! As you can imagine, chaos ensues at regular intervals. Many of the residents spend their time going to various acquaintances' funerals - but not Hendrik and best friend Evert. They'll be at their own soon enough, won't they? 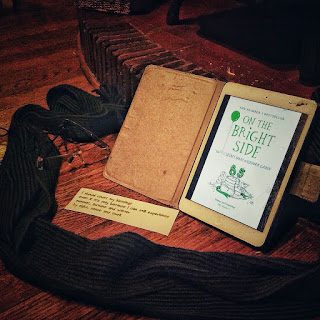 But this book is a shade darker than the first; perhaps this is unexpected. There's a lot about the possible closure of old people's homes in the Netherlands, and what to do with the growing age of our populations. This book is written/set in 2016, and covers the major world events that went on n that year, many of them grave. Groen has decided opinions on asylum seekers that most of his more conservative neighbours do not share. But it is a reminder that not all old people are racist (covertly rather than overtly), and sometimes it is okay to challenge people, not giving them a 'get out of gaol free card' because of age. I certainly know and have known elderly people who are accepting and inclusive. Groen is one of these, making him instantly likeable. It is also a great way of switching perspective: one minute global, the next minute the saga of fruit appearing in strange places around the home that is a major source of excitement for the residents...

The other darker shades to this book are what inevitably comes with ageing. Hendrik himself continues to ponder the advantages of euthanasia, and his best friend falls further into ill health as does he himself. It's a very real book, not shying away from any subject. Written in diary format makes it very intimate and the reader can feel very much inside Hendrik's head, whether he is pondering where to go on their next club outing, what his current feeling on wearing nappies is, or whether they should invite asylum seekers into the spare rooms at the home.

Although the optimism of the first book is diluted, this is still a very easy read with a good few laughs. And if it hadn't been a touch more melancholy, it wouldn't have felt true. It can also be read as a standalone without the first, although I would recommend both.

I would urge people to read this book; having worked with elderly people, I feel they are often misunderstood, and this book is very good at correcting misconceptions. Apart from that, it is a darn good read: funny, sometimes meandering, touching, and sad.

Some words Hendrik says that I think we all, 85 years old or not, can muse on:

'I should count my blessings even if it's only because I can still experience summer, autumn and winter by sight, sense and smell.'

Thank you to NetGalley and Penguin for the opportunity to read this wonderful book. Four stars.

Email ThisBlogThis!Share to TwitterShare to FacebookShare to Pinterest
Labels: #books, book reviews, bookstagram, hendrik groen, on the bright side