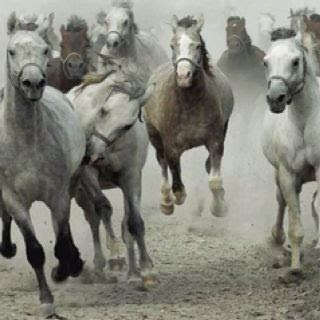 I realise we haven't posted this month's poetry group offerings, so I thought I'd do so now. These were chosen by cousin M - thank you very much!

The first is 'The Horses' by Edwin Muir, a poem that I've read a lot before and really love. M has suggested that we only learn the second part, but here is the poem in full:


Barely a twelvemonth after
The seven days war that put the world to sleep,
Late in the evening the strange horses came.
By then we had made our covenant with silence,
But in the first few days it was so still
We listened to our breathing and were afraid.
On the second day
The radios failed; we turned the knobs; no answer.
On the third day a warship passed us, heading north,
Dead bodies piled on the deck. On the sixth day
A plane plunged over us into the sea. Thereafter
Nothing. The radios dumb;
And still they stand in corners of our kitchens,
And stand, perhaps, turned on, in a million rooms
All over the world. But now if they should speak,
If on a sudden they should speak again,
If on the stroke of noon a voice should speak,
We would not listen, we would not let it bring
That old bad world that swallowed its children quick
At one great gulp. We would not have it again.
Sometimes we think of the nations lying asleep,
Curled blindly in impenetrable sorrow,
And then the thought confounds us with its strangeness.
The tractors lie about our fields; at evening
They look like dank sea-monsters couched and waiting.
We leave them where they are and let them rust:
'They'll molder away and be like other loam.'
We make our oxen drag our rusty plows,
Long laid aside. We have gone back
Far past our fathers' land.
And then, that evening
Late in the summer the strange horses came.
We heard a distant tapping on the road,
A deepening drumming; it stopped, went on again
And at the corner changed to hollow thunder.
We saw the heads
Like a wild wave charging and were afraid.
We had sold our horses in our fathers' time
To buy new tractors. Now they were strange to us
As fabulous steeds set on an ancient shield.
Or illustrations in a book of knights.
We did not dare go near them. Yet they waited,
Stubborn and shy, as if they had been sent
By an old command to find our whereabouts
And that long-lost archaic companionship.
In the first moment we had never a thought
That they were creatures to be owned and used.
Among them were some half a dozen colts
Dropped in some wilderness of the broken world,
Yet new as if they had come from their own Eden.
Since then they have pulled our plows and borne our loads
But that free servitude still can pierce our hearts.
Our life is changed; their coming our beginning.


The second poem isn't one that I was familiar with before, a Jamaican poet called Louis Simpson, who died last year. 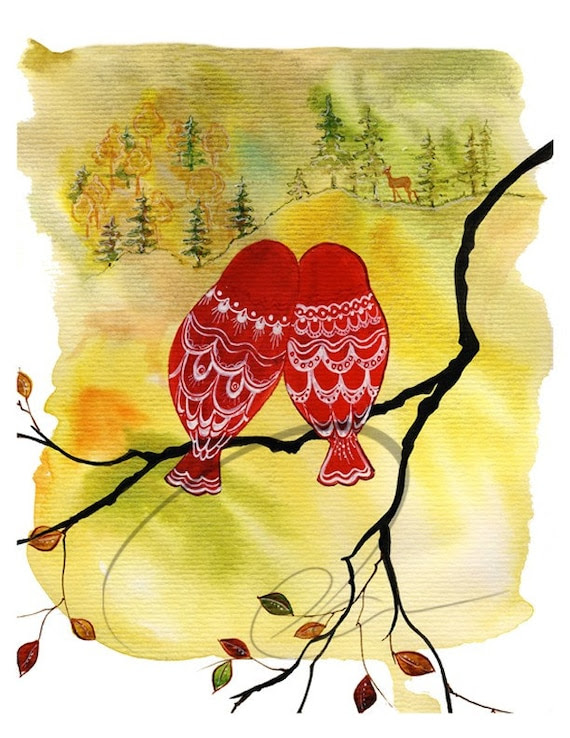 As birds are fitted to the boughs
That blossom on the tree
And whisper when the south wind blows—
So was my love to me.

And still she blossoms in my mind
And whispers softly, though
The clouds are fitted to the wind,
The wind is to the snow.