A Trio of Debuts

For your reading delight, I have, not one, not two, but THREE debut novels to review! New authors on the horizon - let's see how they shape up!

I received this book free from NetGalley in return for an honest review. To be honest, the main thing that drew me to it was the wonderful cover - it looks so inviting! There may be a lesson in here for me about judging a book by its cover...

Tape is told through two dual plot lines running parallel but twenty years apart; thirteen year old Ameliah, recently orphaned and living with her nan in 2013, and Ryan living with his dad and stepmother, also having recently lost a parent.

Unfortunately, that's almost all there is to the story. Maybe that's unfair - there's the connection between the two storylines, although the twist was easy to see coming, and there is some minor character development. But, really? It was flat, banal, the characters were only just about three dimensional and there wasn't enough plot going on to make up for it.

I'm really sorry to give a negative review, particularly for a debut novel, but I have to be honest. I just didn't enjoy it. I hope other people get more out of it than I have.

Scarrow describes the life of 'Andy' through two parallel storylines: one in the present, and the other gradually leading up to her present from a small child. Victim of abuse, rape, neglect – Andy eventually finds her place in the world.

It's quite a strange feeling book. It reads almost like a memoir, so I rechecked that I was reading fiction, which I was. Through being memoir-like, it felt a little flat: the emotions were secondary to telling the story. Everything bad that can be possibly thought of is thrown at Andy, and she somehow comes out the other end.

I have to say that I didn't really engage with this story: it didn't seem believable. Not that such events do not happen, as I know they do, but the way in which her characters responded to them, did not convince me. It was mildly compelling because I did want to know how the story ended up, but Scarrow's style is not for me.

I received this ARC from NetGalley in return for an honest return on Scarrow's debut. All thoughts and opinions are my own. Throwaway Girl comes out later this year, in September. 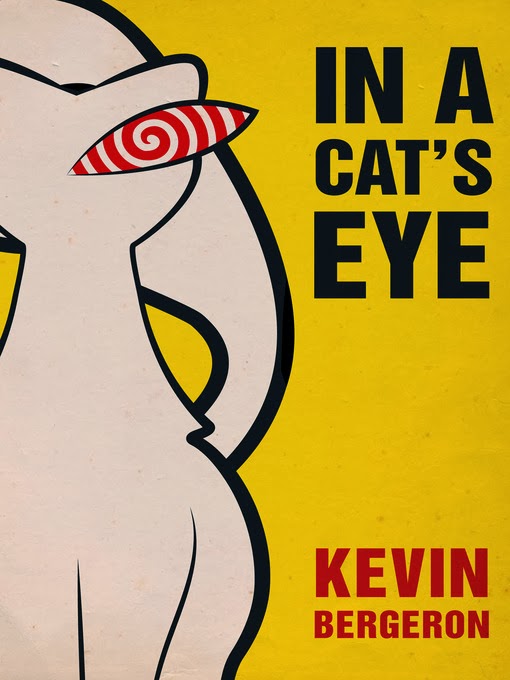 Lastly, 'In a Cat's Eye' by Kevin Bergeron. Firstly, I'd like to say that it seems rather dangerous in the premise of a book to liken it to already well known and respected novels. This was billed as ‘Curious Incident’ meets ‘Catcher in the Rye’ in this crime-noir debut. It immediately heightens your expectations, and direct comparisons are dangerous in my opinion.

'In a Cat's Eye' starts with the death of Nancy, by a suspected heroin overdose. The central protagonist, Willy, tells the story through first person. Willy is a simple young man - possibly with some sort of autism? - and his innocent and at times unaware narration incites the parallel to 'Curious Incident.' He is instantly fairly likeable, although not terribly relatable to.

The story becomes quite convoluted as the novel progresses; there were moments where I felt as confused as Willy as the evidence mounts up! Overall, it was a fairly enjoyable novel, but not a favourite of mine. Promising for a debut, but maybe the genre is not for me? I haven't read very much crime, and I'm not even sure what crime-noir is! I would, however, be quite interested to see what Kevin Bergeron writes next.


So, there we have it - a trio of debuts! None of them my favourite books, but all an experience to read.

Stay tuned, lots of posts to come: celebrating the field, another sewing project, and my second Mr B's book review...