Almost wrote September - shows how fast the week is passing!

A pretty non-eventful week as far as stuff we can write on the blog: just lots of meetings etc.

We had our Dutch neighbours over to make pizzas, and the little four year old burnt the roof of his mouth quite badly :( That was on the Friday, which was followed by an excitable game of 'Bird Bingo.'

It's very addictive for small children!

We had a three hour session booked the for the 'Lottie Project' - working on the polytunnel for Arch Care's allotment that we raised money for last year. Unfortunately, we scheduled 2-5pm which was when the rain started. We were all kitted out for the rain and didn't mind, but the wood became to wet to drill properly, and we wouldn't have been able to put the tape on as it wouldn't adhere. A rather frustrating afternoon - we were hoping to have completed it, minus the skin. Ah well, another rearrangement. 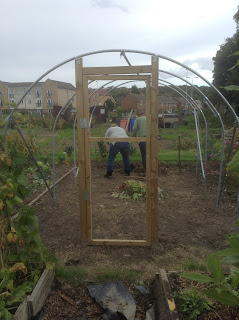 Also made a card for someone's 21st birthday, which was quite fun: 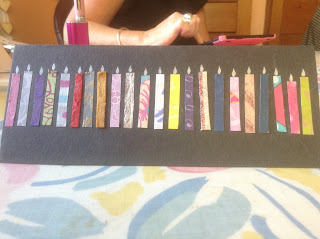 How was everyone else's weeks? Let us know in the comments!