So, what was originally termed a 'one-day shed building,' has turned into something much more realistic: a four day event with (in total) six builders, from all over the UK. It's been in the planning for a months with emails flying, and the time is finally here. The Molly Tunnel (however wonderful it is) has had clear problems for sheep husbandry, with their tendency to eat it. So, they get a proper wooden barn, instead. Pretty cool, huh?

Before anyone even arrived, essential things had to be prepared:

So, builders and architects and general dogs bodies' travels from all over the UK (Leeds, Brighton, Suffolk, Edinburgh, Brighton... Winscombe) are congregating to build The Sheep Shed. There are still debates as to its name, JAM ² (or (JM) ²AC. It might just be called the Sheep Shed. 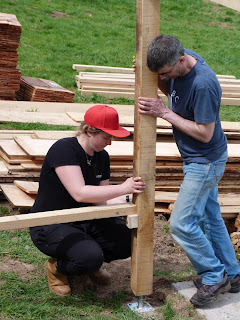 So, on this first proper building day, they were four extra builders down - one flew on an airy-plane from Scotland mid morning, and the other arrives tomorrow.

There was a marvellous safety course, in which people were told not to cut themselves. So far, only J has managed it. (Minor digits, don't worry, they'll survive.) But it's all falling into place: the wood arrived in TWO trucks on Wednesday (not sure why they didn't just bring a bigger truck), as the foundations and hard-standing were laid by little M neighbour B, and J a few weeks ago. (With an extra hand from a friend, H, in the village - thanks!). So, here is where they started, at the beginning of day one: 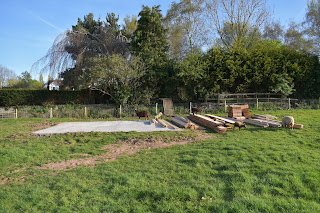 A hard standing of concrete and then the beautiful wood that had arrived. There were specific uses for each: the oak to form the sturdiest frame possible, the Canadian cedar for the shingles (tiles to lay people) and larch for the walls.


There was a split between the older and younger members of the team: the younger wore hats, and the elder didn't. In this glorious sun, we have had some burning despite being enticed by this: 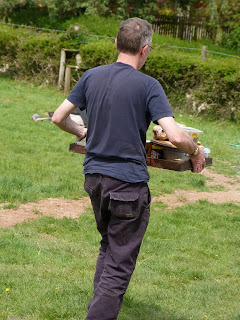 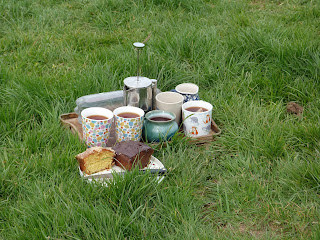 There were also many builders' breaks for various fussy drinkers: tea, rooibos, tea, coffee, squash, water, juice etc. A mulberry and apple cake was eaten. It was good apparently. 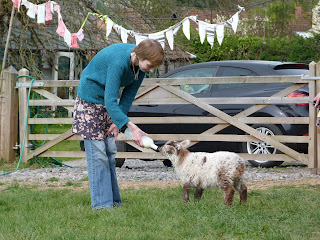 Now, I', even less than a dogs' body. I think I could be some kind of Chihuahua. So whenever I came to see them, I just listened to them talk (even when they're not talking building, they might as well be talking pig latin they're all so clever!) and decided my little job in feeding Baby Nancy was good enough. She was always pleased at absolutely EVERYONE because she thought that there was a chance EVERYONE might feed her. I think she got pretty confused, poor lamb.

The rest of the sheep were either: completely uninterested, or quite keen to run around the concrete: 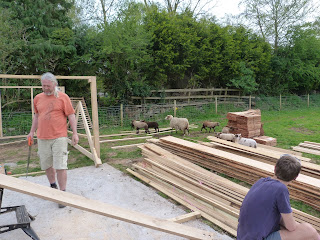 Luckily there were no sheep related injuries either, as some of the tools looked very sharp indeed:
Lots of clever things were happening: 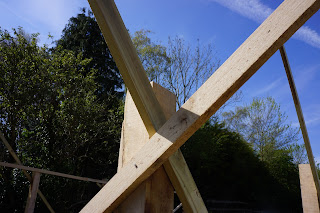 And many action shots:


E briefly got her moment in the limelight (even without a role):

And Little M's amazing builder's boots have to be shown because they are pretty awesome: 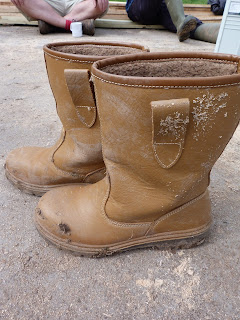 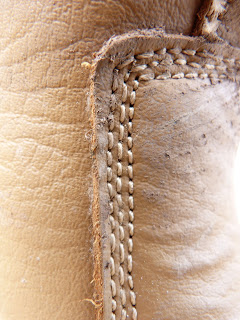 All in all, the five builders seem very contented. To my untrained eye, it certainly looks more structural, and, although they were talking about some of the angles being wrong, it seems to be staying up. And some of the joints (I don't know the technical names), look really beautiful: 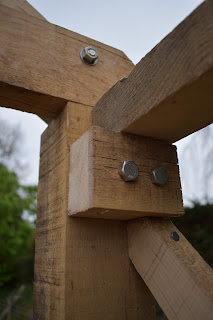 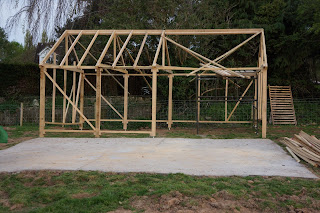 The barn so far - it actually looks like a barn!

Bring on tomorrow! And the designer will come to survey his work...